Bloomberg: Kim Jong-UN agreed to the inspection of the nuclear site from the United States

Earlier it became known that Pyongyang intends to abandon missile and nuclear tests. 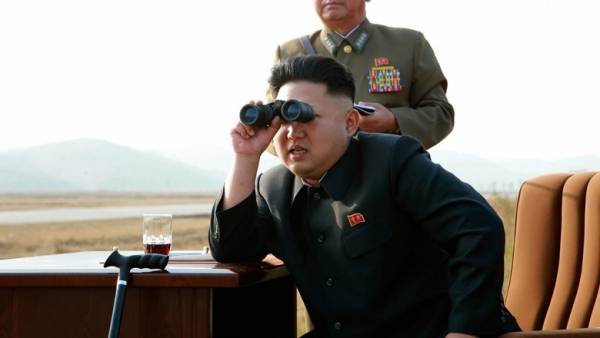 Kim Jong-UN during a recent meeting with CIA Director Michael Pompeo agreed to the request of the United States to inspect North Korean nuclear test site”, — said the Agency. According to him, the leader of the DPRK in a conversation with Pompeo also noted that Pyongyang “is no reason not to freeze the operation of the landfill, if there is guaranteed safety” of the North.

Bloomberg also reports that the US “consider various steps in order to test the operation of nuclear facilities” of the DPRK after the inspectors receive formal permission to access them.

On 21 April, Kim Jong-UN at the end of the plenary session of the Central Committee of the workers ‘ party of Korea announced that the DPRK will suspend nuclear and missile tests, shuts down its nuclear test site, Pungere and joined the global process of nuclear disarmament in accordance with its new strategy of building a socialist economy.