TASS, April 21. American actor Verne Troyer, famous for his roles in the films about Harry Potter and Austin Powers, died Saturday at the age of 49 years. 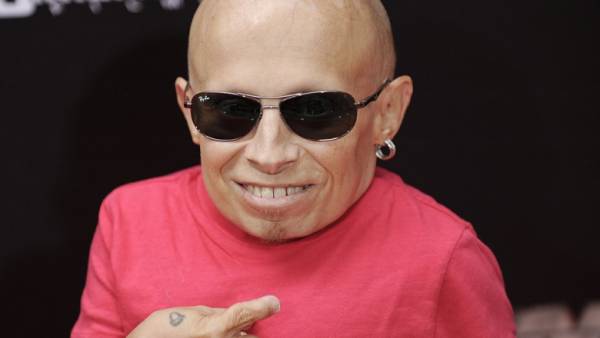 About it reports the Internet-portal TMZ.

According to him, the actor died in hospital in Los Angeles, where he was staying after being hospitalized since early April. The troyer one was a midget, his height was 81 cm Reported that he struggled with alcohol addiction.

Verne Troyer, the actor who shot to fame as Mini-Me in the ‘Austin Powers’ series, has died at age 49 https://t.co/G8eQ2RLIBO pic.twitter.com/D6LUQH2fmF

The most famous actor brought the role of Mini-me in “Austin powers in Goldmember” (Austin Powers in Goldmember, 2002). The troyer also played roles in the films “Harry Potter and the philosopher’s stone” (Harry Potter and the Sorcerer’s Stone, 2001), “Men in black” (Men in Black, 1997), “Fear and loathing in Las Vegas” (Fear and Loathing in Las Vegas, 1998).