Lawyer Veselnitskaya gave a statement to investigators of the U.S. Senate

The Russian lawyer said that she had no contact with the environment of Donald trump. 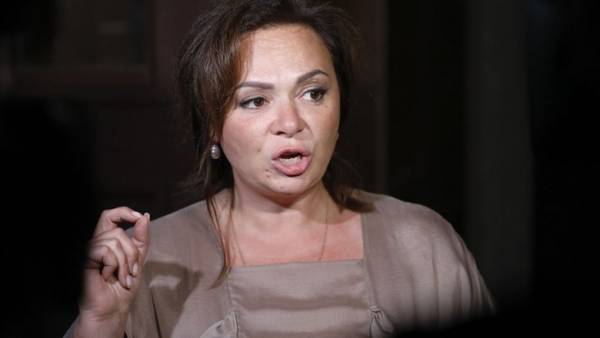 Moscow. April 21. INTERFAX.RU — a Russian lawyer Natalia Veselnitskaya said that he had given a statement to investigators of the Senate of the United States Commission on so-called case of Russian interference in presidential elections in the United States.

“The investigators were interested in the issues related to my contacts with representatives of the United States. The meeting itself took place on 26 March in Berlin,” — told “Interfax” Veselnitskaya, which earlier this information is not published.

According to her, the questioning took place behind closed doors. “My testimony has touched not only my knowledge about the facts in which I directly participated, but American investigators were interested in my analyses, which I willingly shared them concerning the links between people, which stood for “dossier trump”, and the team of William Browder”, — said the Agency interlocutor.