BEIJING, April 22 — RIA Novosti. China urged Japan to stick to an objective view of history after Japanese Prime Minister Shinzo Abe sent an offering to the Yasukuni Shrine in Tokyo, which in Asia is associated with Japanese militarism. 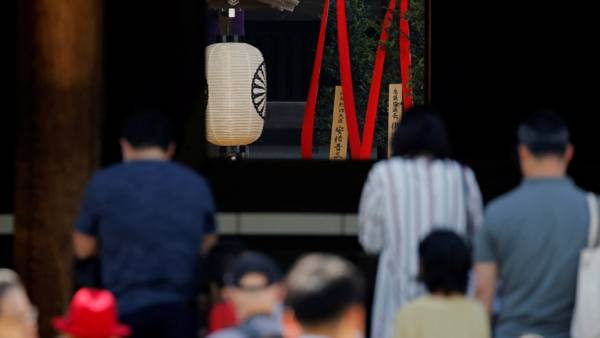 On Saturday morning Abe had sent to the Yasukuni Shrine, where on Saturday launched a three-day spring festival, ritual offerings “masakaki” in the form of decorated branches of the Sakaki tree, which is revered as a sacred Shinto tree.

“The position of the Chinese side on the Yasukuni Shrine is consistent and clear. We urge the Japanese side to comply with an objective view of history, practical action to soberly assess and rethink the story, to take appropriate measures to resolve the issue in question”, — reads the statement of the official representative of the Chinese foreign Ministry, Lu Kan, published on the Agency’s website.

The reaction of the Chinese side was somewhat low-key this year against the background of the recent visit of foreign Minister of China to Japan. As a rule, Chinese foreign Ministry expressed protest in connection with attending or direction of the offerings in this temple.