The democratic party of the USA has filed a lawsuit against Russia, a team of trump and WikiLeaks

The lawsuit contains accusations of meddling in the American elections in 2016. 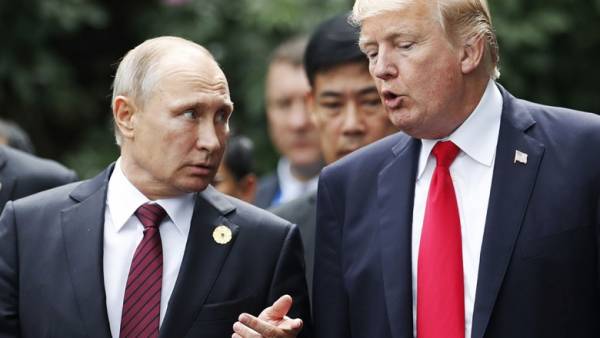 Moscow. April 20. INTERFAX.RU the national Committee of the US Democratic party filed a multimillion-dollar lawsuit against the government of Russia, the election team of the President of the United States Donald trump and the organization WikiLeaks, said Friday the newspaper The Washington Post.

The lawsuit was filed in U.S. district court in Manhattan. It says that the election campaign trump conspired with the Russian leadership and the Russian military intelligence to “harm” the candidate in presidents from Democrats Hillary Clinton and to help Trump the elections, compromised the computer network of the Democratic party and spread obtained materials.

“During the presidential campaign of 2016, Russia launched a comprehensive attack on our democracy, and they found consonants (for cooperation) and active partners in working on the campaign of Donald trump,” said Chairman of the National Committee of the US Democratic party Thomas Perez.

“The plaintiffs seek millions of dollars in compensation” — the newspaper said, without specifying the amount.

The money they need in order to repair the damage incurred, according to the democratic party, from hacker attacks.

During the election campaign of 2016, hackers broke into the computer systems of the National Committee of the Democratic party. Subsequently, the documents destined for internal use, was published in the public domain. In the Democratic party believe that this has had a significant impact on the course of the struggle for the presidency.