They attributed the murder. How unjustly convicted seek compensation

MOSCOW, 20 APR — RIA Novosti, Anastasia Gadinsky. He did time for a murder he did not commit — to prison by mistake, people got no time. And then over the years knocked of compensation for moral damage, after returning from prison with poor health and crippled life. 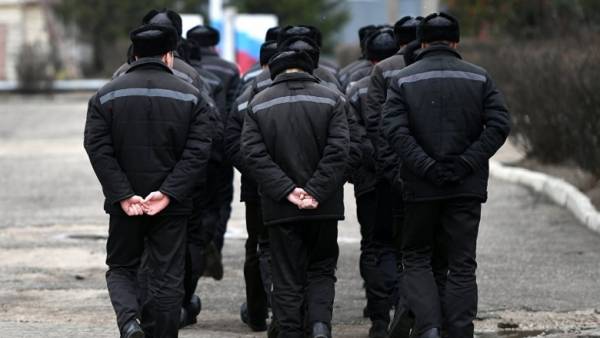 How unjustly convicted fought for the abolition of the sentence and using what they’ve been through — in the material RIA Novosti.

“He telephoned his wife 17 times”

The businessman from Moscow Khoren Kazarian held in jail for ten months. Eight he was under house arrest. All this time the investigators tried unsuccessfully to prove that he with special cruelty killed his wife and nine-year-old daughter.

After a year and a half, not finding any evidence that would testify against Kazarian, he completely dropped the charges. He received the right to rehabilitation. Wednesday, April 18, in the Tver court of Moscow considered it a civil action. Moral harm from unfair accusations he estimated at 25 million rubles.

First I lost the closest people, saw their lacerated bodies, and then also accused me of killing them. The investigator looked at me with disgust and said, “I know they killed you. And can prove it.” I no longer take any decent job and don’t give me credits. Is the security service to drive my name into the Internet browser and then generates dozens of articles in which I openly called a murderer. Who will understand that the charges with me for a long time removed?Khoren Ghazaryan

Until February 2015 it was all about what can only dream of: a profitable business for the sale and repair of warehouse technics, beloved wife, daughter, a penthouse in the center of Moscow. In this three-level apartment in the night from 13 to 14 February 2015 the murder took place, which then accused the head of the family.

The businessman then returned home at four in the morning after get-togethers with friends. The door to the apartment was locked from the inside on the latch. “I thought the wife just forgot to open the valve. He began to call her. The investigation will establish that for the half hour that I stood before the door, I dialed the telephone his wife 17 times. Decided that the wife took offense at me, and went to sleep in the car.”

In the morning the door to the apartment, too, no one answered. According to the police, who found the victims.

On the same day Khoren Beglaryan was taken to the investigation Department. He tried to help the hearing — remember, someone else could have the key to the penthouse, built version, as the killer could enter the apartment. But the consequence has already been the main and only suspect — he Ghazaryan.

The first months after the arrest of the businessman has stopped the investigation of the motions, asked me to call him in for questioning. He believed that it will listen, apologize and let go. But charges were never removed.

“Everything is almost immediately turned into a phantasmagoria — said Ghazaryan. — Which is the investigative experiment. Blood stains on my clothes, which concluded that the crime I committed by being completely naked. That is, I had to undress, apply 40 beats for my loved ones, to wash off the blood (it is established that the offender had a shower), to hide the murder weapon and escape via the roof. And all this for half an hour — that’s how much I stood in the door of the apartment, therefore, was not under surveillance. And in parallel I still had to make calls to his wife. All sensible people think it is impossible. But not to the investigator who was engaged to my business.”

At the time of his arrest, Kazarian managed to change two of the detention facility. Everywhere he was sitting with the so — called heavyweights- those who are accused of murder or robbery. In jail he had to share a cell with 30 neighbors.

A person’s guilt is still not proven, and he does not have a centimeter of personal space: 7-8 racks take the authority, for the remainder of the prisoners sleep in two shifts. The first six months I didn’t have their place, I was sharing the bunk with one Assyrian. We rested in turns: three hours, three to me.

On the outside, Kazarian was careful with their daily routine. The conclusion turned his schedule upside the head. “Active life in the prison starts after hours when you can get phones. At the same time from one chamber to the convey parcels of food. Given that the average age of prisoners 25-30 years, they is so much action in the shower. To me, the 50-year-old man, accustomed to the routine, it was hard. I month transferred to a special unit, where there were thieves. There is, believe it or not, I even rested: they have quietly, in ten evenings already lights out.”

The only thing that brought him to life, was walks. But one businessman went every day.

The fact that the fresh air of the prisoners is removed only in groups. And the neighbors who for some reason preferred to spend the whole day in the stuffy chamber.

The first months in prison were very tough. The businessman says that because of the experience he developed severe depression: he didn’t want to live, didn’t want to eat.

Sometimes people say “vegetable”. I was. I stuffed with glycine, but the effect this treatment did not bring. My cellmates on the channels got the strongest antidepressant literally saved my life. They gave me hope for a sensible resolution to my situation. On the first day, a senior asked me to show his hands. Then asked how many strokes I have, in the opinion of the investigator, struck his wife and daughter. I replied that a total of 40. Then he said, “And not one scratch? I will never believe it. Let you go, not soon, but let go.

About his misadventures Ghazaryan says only to realized even a few months in jail — a real test. “We bathed once a week, standing knee-deep in the water — old water supply system could not cope. All this time I have several times had a fever, but I even have a thermometer never brought”.

“One thousand rubles a day in jail”

The investigation has moved forward after the case was transferred to the new investigator. “I remember he came into my cell, asked to remove sneakers, twisted in his hand and says, “you must Have the 46th or 47th Shoe size?” Kazaryan recalls. — “The 48th” — I corrected it. — “And in case are the footprints of the killer of the 39-th size”.