Source: from fighters in Syria, a possible new provocation from artisanal “chemistry”

MOSCOW, April 19. /TASS/. New provocations from artisanal “chemistry” is possible in Syria to justify a planned attack on government forces in the South of the country, which will involve more than 12 thousand fighters from different factions under the leadership of “al-Nusra Dzhebhat” (banned in Russia). This was announced on Thursday the military-diplomatic source. 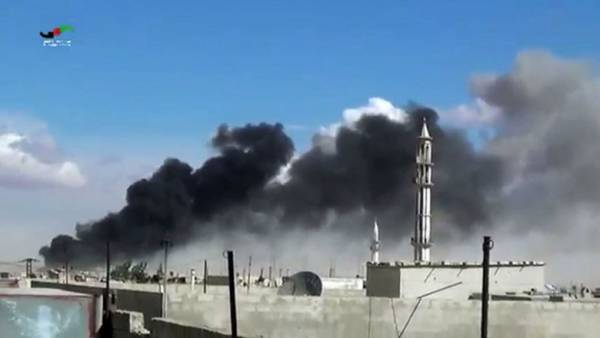 According to him, for an attack on the troops of Syrian cities, Deraa and al-Baath only “Dzhebhat EN-Nusra” and the “Free Syrian army” has prepared more than 12 thousand fighters, as well as hundreds of pieces of equipment. The occasion will serve as the accusations of the government troops in alleged violations of the cease-fire.

“To enhance the effect, and possibly hold another provocation with the “chemistry” of artisanal production supposedly against the civilian population”, — said the source.

The source noted that the ultimate goal of large-scale simultaneous occurrence of different groups of militants on government forces is the establishment under the auspices of the United States from Damascus Autonomous territorial entity with its capital in Deraa by analogy with the territories controlled SDS in the North-East of Syria.

He added that the situation in the South of Syria have seriously deteriorated in the past two weeks, and contrary to the statements of US in the valley of the Yarmuk river “, the main role is played not only “Syrian free army” and “Dzhebhat EN-Nusra” and the gang of ISIS (formerly banned in Russia grouping “Islamic state” — approx. TASS)”.