Sergei Tsivilev picked up a party

“United Russia” will nominate him for Governor of Kuzbass. 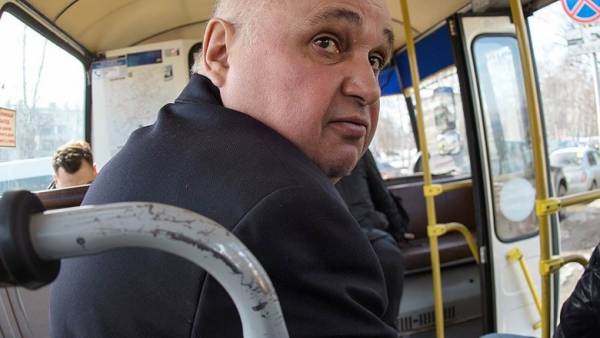 The Secretary General Council of “United Russia” Andrey Turchak said “Kommersant” that all candidates for Governor, in addition to acting heads in Orel and Omsk regions will go to elections from the ruling party. The corresponding decision yesterday took the political Council of the Kemerovo branch of the party in respect of acting Governor Sergei Tsivilev. The expert believes that the nomination of the “United Russia” in electoral terms Mr Civileva nothing, and is done “for the sake of maintaining the authority of the party.”

According to Andrei Turchak, all candidates for Governor, in addition to acting heads in Orel and Omsk regions (where appointed representatives of the Communist party and “Fair Russia”), will go to the polls on 9 September from the ruling party. As wrote “Kommersant” on 5 February, while the expected 18 gubernatorial campaigns (seven regional heads expire). Mister Turchak has not excluded that some of the new heads of regions can later join the party, as it was in 2017.

In particular, from the ruling party will go to elections, acting Governor of the Kemerovo region Sergey Tsivilev. He was appointed after April 1, Aman Tuleyev, has resigned, explaining that “with such a heavy load to work on a post of the Governor it is impossible, morally impossible.” He was referring to a fire in TTS “the Winter cherry”, which killed 64 people. Soon after the resignation of mister Tuleyev has received the mandate of the Deputy of the legislative Assembly and was elected speaker.

Yesterday the political Council of local branch of “United Russia” has chosen the two candidates for Governor — the acting head of Kuzbass Sergey tsivileva and the Deputy of regional Council, the head of the Board of Directors of OOO “E-light-Telecom” Vyacheslav Petrov (final nomination of a candidate shall occur on the alternative basis). “The candidacy of Sergei Tsivilev supported by the President. Alternative candidate Vyacheslav Petrov is the first Deputy Secretary of the regional office, he is the Deputy of Council of deputies, the person in the authoritative party, his candidacy also did not cause problems”, — said “Kommersant” the Secretary of the regional branch Alexey Sinitsyn.

He also said that to advance from the party he decided Sergei Tsivilev.

Now both candidates will meet with the secretaries of primary and local offices, and then following the meetings at the regional conference a decision will be made on the nomination of one candidate, said Mr. Sinitsyn. It is planned that the conference will be held at the end of June. Sergei Tsivilev of intent to participate in the elections is not yet announced.

Political analyst Konstantin Kalachev considers that the nomination of Sergei Tsivilev from the “United Russia” nothing in terms of electoral candidate does not, and is done “for the sake of maintaining the credibility of the party — can we say that the action Turchak while going up”. According to the expert, September 9 will also be held elections of deputies of local legislative Assembly — “the nomination of the acting from the ruling party must show the joining of the two campaigns and the absence of intra-elite split because the local branch is focused on Tuleyev”.

Mister Kalachev has reminded that Alexey Sinitsyn lost the speaker’s chair to Aman Tuleyev, and requested the Presidium of the General Council of the party to change the model of primaries to determine the candidates for deputies of the legislative Assembly — with the most open of the one where the electoral votes, but the party is this proposal is not supported. As wrote “Kommersant” on 13 April, the primaries with the participation of the electoral College would be formed “tulevski the list of candidates”. One of the Federal party members said “Kommersant” that in Kemerovo sent member of Executive Committee is to “examine the situation in the region.”

Yesterday the Kemerovo political analyst Alexander Konovalov in his Facebook said that recently met with the ex-Governor of Kuzbass. According to him, “Tuleyev intends to run a candidate in any form and will complete his political activities in the fall of 2018.”