MOSCOW, 19 Jul — RIA Novosti. The information that the commander of the Libyan national army, Marshal Khalifa Haftar is in critical condition, was not confirmed, said on Thursday at a briefing the official representative of Russian foreign Ministry Maria Zakharova. 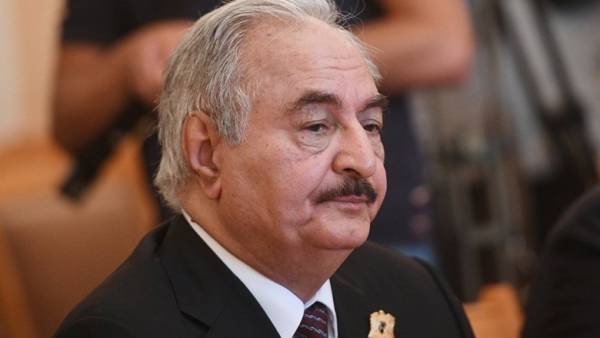 “The media expressed fears in connection with his allegedly critical condition was not confirmed. As we were informed by our contacts from the official Libyan structures in Eastern Libya, including the command of the Libyan national army, said the rumors were greatly exaggerated,” said Zakharov.

Earlier media reported that Haftar probably suffered a stroke and was taken out of Libya to a hospital in France. Later it was reported that the commander of the LDF allegedly died in hospital.

Marshal Khalifa haftar was born in 1943. He was a supporter of Libyan leader Muammar Gaddafi, however, in the 80-ies of the last century left for the United States and for the attempted coup were sentenced in absentia in Libya to death.

Haftar returned to Libya during the events of 2011, took an active part in the overthrow of Gaddafi, and then began to form a national army of Libya from the former officers. Marshall established control over much of the Eastern regions of Libya, including areas with oil infrastructure. In 2015, the Libyan Parliament, sitting in Tobruk, officially handed over to the Haftarot, the command of the Libyan national army.