In the United States develop hypersonic cruise missile for $928 million

Military-air forces of the United States and the company Lockheed Martin has signed a contract to develop a hypersonic cruise missile cost $928 million it is reported by Defense News. 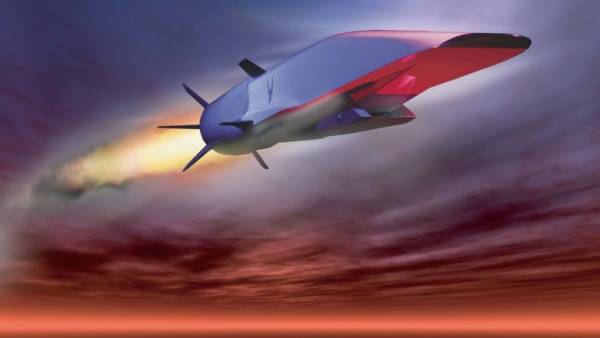 In the framework of the contract will be carried out project development, planning logistics, implementation aircraft integration support, and missile test.

The number and timing of shipments not marked.

“This step is one of the two to create prototypes of hypersonic weapons that conduct the force to accelerate research and development in this area,” — said the official representative of the U.S. air force Ann Stefanek.

The Deputy Minister of defence of the USA Michael Griffin, in turn, said that the Pentagon’s time to concentrate on the development of modern weapons.

“The time has come for us to focus our attention and funding on the development of missiles that can be based on land and at sea and carry out a quick strike. Also to modernize in order to further their installation on the aircraft,” said Griffin.

On 18 April, us General John Khayten said that Russia and China have hypersonic weapons, which are already being tested. According to him, the US missile defense system will not be able to fight with such weapons.