China has decided to cooperate with Russia despite Western sanctions

China and Russia will continue to cooperate closely, in spite of the sanctions. This was stated by official representative of the Ministry of Commerce of China Gao Feng, reports TASS. 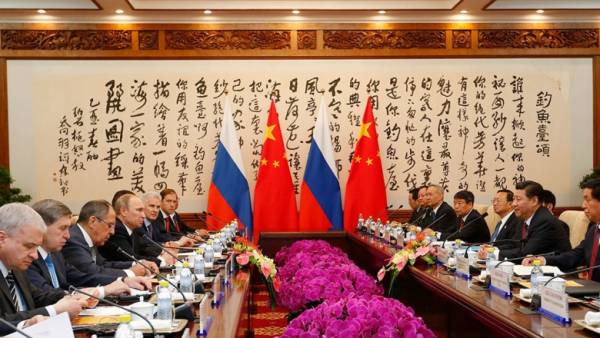 According to him, restrictive measures will not be able to harm the relations of the comprehensive strategic partnership between the two countries. “China and Russia maintain stable, well-formed relations, and external factors are not able to damage them”, — he said.

Gao Feng added that Beijing resolutely opposes the introduction of restrictive measures by individual countries against other States. He also stressed that China is ready to work with Moscow to make efforts to conduct joint activities, such as the first China international import exhibition and the V Russian-Chinese EXPO.

In March of this year relations between China and its largest economic partner — the United States has deteriorated due to so-called trade wars. The US President Donald trump has signed a decree on introduction of import duties on steel and aluminum in the amount of 25 and 10 percent, respectively. The American leader March 22, also signed a Memorandum on the fight against “economic aggression of China.” China for its part 2 APR introduced duty in the amount of 25 percent to nearly 130 American imported goods.