Battle of the elephant with lions was caught on video 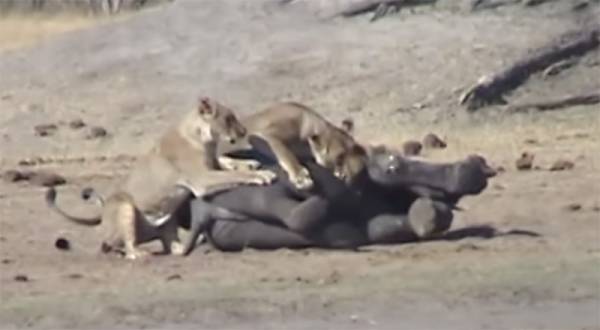 According to one of the witnesses, the elephant saw the lion and loud “blew” with his trunk, but it didn’t scare the predator — he jumped on the victim and tried to lay it on the ground. The elephant could not stand on my legs due to the injury.

“The elephant was trying at any price to roll over, but he did not succeed. Then came two more lions. It was difficult to see how they are trying to kill the poor elephant who had fought for his life for almost three hours”, — told the portal latestsightnings Cynthia Mack.

In the end, the predators came out victorious from this battle, the woman noted.