Earlier, the FSB has carried out investigative actions in the Central office of “Rosgosstrakh Life” on Kadashevskaya embankment in Moscow. 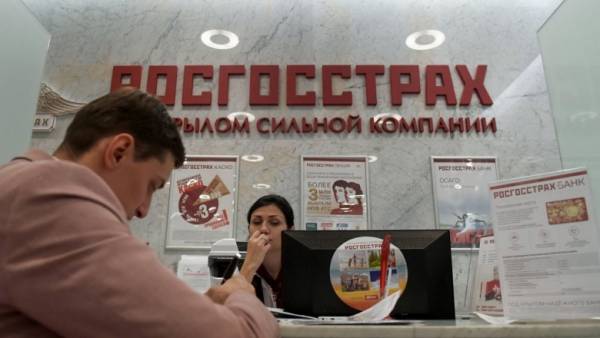 MOSCOW, April 19. /TASS/. Lefortovo court of Moscow arrested the former Vice-President of group “Rosgosstrakh” Sergey Khachaturov on charges of embezzlement. About TASS reported the press service of the court.

“The court has satisfied the petition of the investigation on detention for Sergei Khachaturov,” — said the representative of the court. Khachaturov is suspected under part 4 of article 160 of the criminal code (“Embezzlement”).

At the end of 2017, the new head of the Bank “Opening” and the Chairman of the Board of Directors “Rosgosstrakh” Mikhail Zadornov said that “Rosgosstrakh from top to bottom was dominated by theft.”

In April 2018, “Rosgosstrakh” has accused the previous management and owner withdrawal of assets and stated that he had filed several civil suits against legal entities and their managers linked to the former beneficiary.

From August 2017 passed under the control of the state, the group “Discovery” was left without a private insurer life and sold policies “CSG of Life” to its customers as an agent, in this case, as reported by TASS, the Bank was negotiating with Daniel Khachaturov on the transfer of control over the “CSG Life” too. Then negotiations were terminated, and in April, “Rosgosstrakh” and “Opening” has stopped cooperation with “the CSG Life.” In addition, in the first quarter “RGS Life” was replaced by the Central office, moving from a historic home established in USSR on the streets of Kiev, where is the head office of “Rosgosstrakh” on Kadashevskaya embankment.