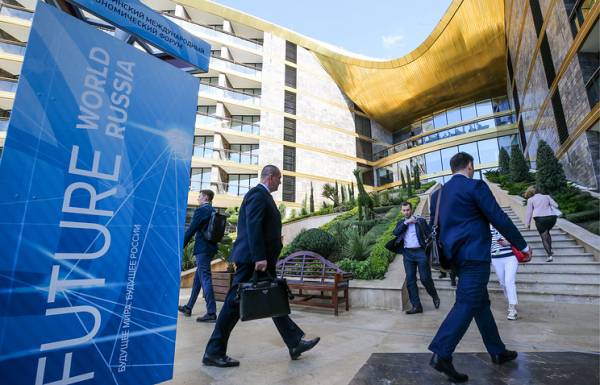 Earlier Vice-Premier of the Crimean government, the permanent representative of Crimea under the Russian President Georgi Muradov said about pressure from the Ukrainian side and the EU on foreign politicians and businessmen invited to AMAP.