Il-2 during the great Patriotic war will fly over Berlin

Restored Il-2 during the great Patriotic war at the end of April to take part in the flying program of the air show ILA Berlin 2018, Germany. Accompany him will be the newest composite biplane TVs-2ДТС, told the newspaper “Izvestia” the President of Fund of assistance to preservation of military-historical heritage of “Winged Victory memory” Boris Osetinsky. 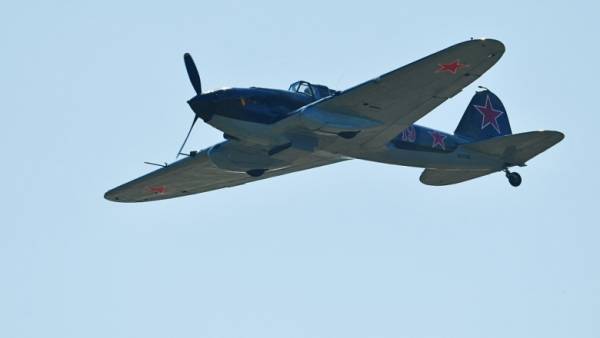 Il-2, which will take part in the show, was raised from the bottom of lake Krivoye in the Murmansk region.

After that, the car was restored. At the MAKS-2017 attack noticed German specialists and suggested to bring Il-2 in Berlin. In the framework of the planned joint air show flying attack aircraft from the historical aircraft as former allies and former enemies, said the newspaper.

In the future of the legendary Il-2 will take part in other air shows. The invitations have been received from the Czech Republic, the UK, France and several other European countries.