Moscow. 18 APR. INTERFAX.RU world wildlife Fund (WWF) to help the inhabitants of Taymyr and Evenkia to adapt to significant climate changes that will occur in the near future, as reported on the Fund’s website. 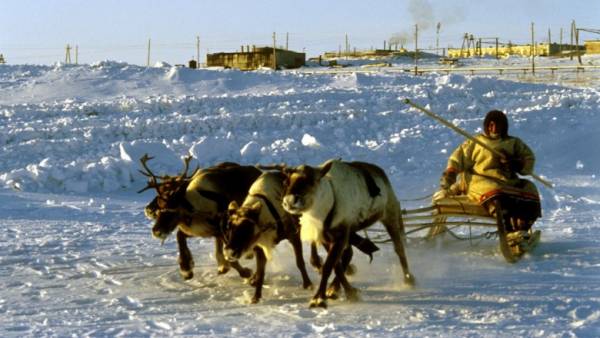 The corresponding large-scale project, designed for 7 years, starting simultaneously in the two Northern territories of Krasnoyarsk region and in the Chukotka and Nenets Autonomous districts.

According to the Foundation, in the North of Russia is expected a big change — earlier arrival of spring and the melting of the snow cover, later freeze-up on rivers and at sea, changes in the plant world, etc.

“According to WWF’s estimates, only on the Taimyr Peninsula in 10 years about 30% of Arctic ecosystems will undergo certain changes. It should be noted that plans for an active industrial development of Northern territories, including the exploration, mineral extraction and infrastructure construction, will provide additional load and the impact on the Arctic nature”, — said the coordinator of the protected areas of the Arctic program of WWF in the Taimyr Ecoregion Sergei Verkhovets.

According to him, WWF considers that the state strategy of development of the Arctic, including plans for regional planning must include measures for the conservation of natural landscapes, animals and plants, as well as the support of the indigenous population.

At the beginning of 2019, experts expect to obtain a complete map of the areas most vulnerable to climate change, and develop adaptation plan of the local population — with a view to preserving the traditional crafts of these areas: reindeer herding, fishing, hunting, gathering.