Why the Vatican gaining popularity course of exorcism and than it threatens?

The priests from over 50 countries gathered in the Vatican for an annual course of exorcism. As you learn to recognize the possession by the devil, why an exorcism is gaining popularity around the world and any concerns this causes critics. 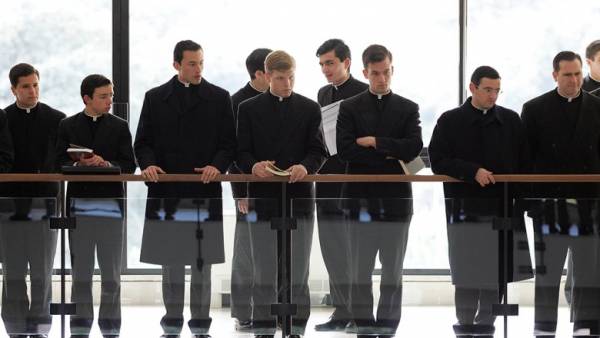 A week’s course at the Vatican — one of a kind international series of lectures on this subject. An exorcism is a controversial topic, partly due to the fact as it is presented in popular culture and horror films. In addition, cases of ill-treatment connected with expulsion of the demons that have taken place in some religious sects.

The first course of lectures was read in 2005. Since then, the number of visiting his priests more than doubled. Training is 370 euros and includes the study of the theological, psychological and anthropological aspects of exorcism.

Why there is a growing demand for exorcisms?

According to Catholic priests from different countries, about the signs of demonic possession began to report more and more.

Pope Francis said clergy, that they would be without delay directed to exorcists parishioners suffering from “spiritual upheaval”.

In Italy, it is reported that such services are annually used by about half a million people.

At the same time, according to the report, the British theological analytical center “theos” in 2017, in the United Kingdom has also increased the number of such cases — in particular, in connection with the spread of Pentecostal churches.

To meet the growing demand, some of the diocese began to conduct their own courses — for example, in Sicily or in Chicago.