“We didn’t expect this”: found pieces of the mysterious planet

Found the meteorite was a piece of a vanished world. 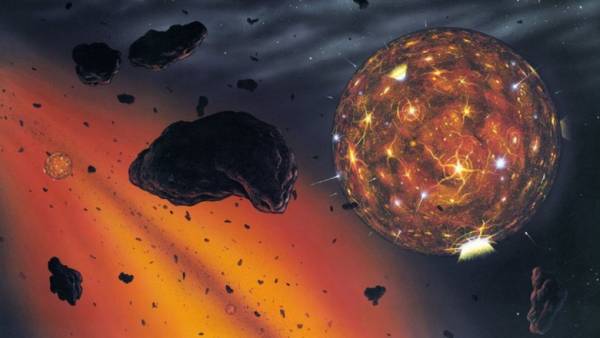 Crashed in Sudan meteorite was a piece of an ancient protoplanet that existed at the dawn of the Solar system. To understand this helped the inclusions of the diamonds found in alien from outer space.

The sensational statement was made by scientists investigating the composition of one of the most famous in recent years meteorites that fell to Earth.

Small asteroid 2008 TC3 fell on 7 October 2008 in the Nubian desert in Northern Sudan. That day “Газета.Ru” talked about the uniqueness of this event.

Initially, the object of 19th magnitude, was discovered on photographs of the sky received at the Observatory mount Lemmon near Tucson in the U.S. state of Arizona. Later its existence was confirmed by scientists at the Australian observatories, Muruk and Siding springs Observatory and in Sabino canyon, also in Arizona.

It is already observed and Russian astronomers Stanislav Short and Timur Kryachko of the Caucasus mountain station of Kazan state University, who made a short animation from the resulting images.

At the moment of impact at the design point an explosion was recorded, the energy of which was estimated at 0.9−1.0 kilotons of TNT.

Soon the alleged crash site it was an expedition, and on December 6 was found the first meteorite.

The meteorite received the name of Almahata Sitta (from the Arabic “the Sixth station”, the name of the railway station near the crash site), just in the area were collected 600 meteorite fragments.

To unusual conclusions about the origin of the fallen asteroid reached by scientists from the Federal Polytechnic school of Lausanne. In an article published yesterday in the journal Nature Communications, scientists led by Philippe Gillet came to the conclusion that the substance of the fallen asteroid formed in the bowels of the now defunct proto-planet, which revolved around the Sun at the dawn of its existence.

This discovery may shed light on one of the most important questions of astronomy that is associated with how the planets were formed in the Solar system.

According to existing concepts, the birth of planets around young stars begins with dust. Due to electrostatic forces the dust particles orbiting stars, are attracted to each other, forming granules. These granules can clump together, forming larger objects from one to ten kilometers, called planetesimals.

Planetesimals, due to the magnetic field and their elongated orbits can collide with each other, forming large objects with sizes comparable to the Moon or Mars, and the molten core, which is called protoplanetary.

It is believed that such protoplanets, or “germ” of the planets in our Solar system in the first millions of years there were hundreds of pieces. Subsequently, they faced each other, joined together and formed the planets that we observe today.