USA told about the revival of the IG in Syria

In Syria, increased activity of the cells of the terrorist organization “Islamic state” (IG, is prohibited in Russia). This was announced by the representative of the US-led coalition against ISIS Ryan Dillon, writes the Washington Examiner. 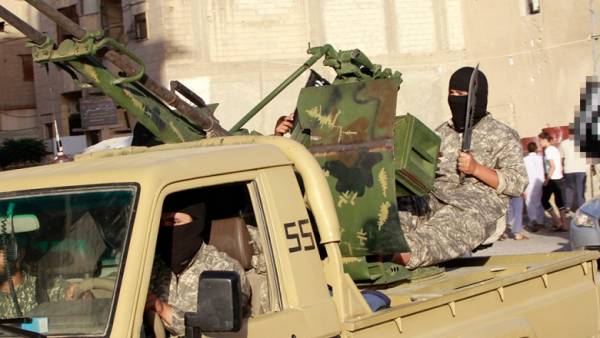 “In some areas West of the Euphrates river, which are controlled by the Syrian authorities, marked a revival of, or even the return of the cells of the “Islamic state”,” said the Colonel.

According to Dillon, previously it was thought that 98 percent of Syrian territory liberated from the terrorists. Recently, however, the situation worsened and now we can talk about 90 percent outside the control of the IG of the country.

As writes the edition, earlier about such figure said General Joseph Votel, head of the command of the armed forces of the United States in the middle East. The President of the United States Donald trump reported almost complete defeat of the grouping in Syria and the imminent completion of the military campaign.

Trump also announced the imminent completion of all tasks in the fight against “Islamic state” in March.

Prior to that, Syria from ISIS has “liberated” Russia and Iran. In December 2017 the chief of the General staff of the Russian armed forces Valery Gerasimov stated that “today, the territory controlled by ISIS in Syria does not exist.” A month earlier, about the full defeat of ISIS in Syria and Iraq, also said Iran’s President Hassan Rouhani.