Ukrainian sailors Poroshenko has threatened to return to the Crimea

In an open letter to members note that in 2014 they fulfilled the command and left the Crimea, leaving behind their homes. 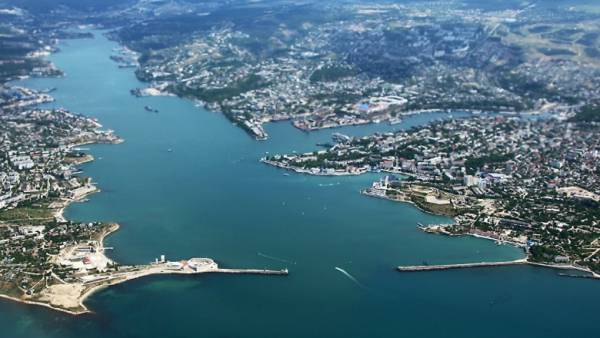 MOSCOW, 18 Jul — RIA Novosti. The group left in 2014, the Crimea officers of the naval forces of Ukraine appealed to the President Petro Poroshenko with a request to provide them with housing instead of left on the Peninsula, reports “Duma”.

In an open letter to the sailors say that in 2014 they fulfilled the command and left the Crimea, leaving behind their property and office accommodation. Since then, writing officers, the government did nothing to ensure employees Navy flats.

“We honestly fulfill your duties, most participants in the ATO, and some of them have state awards for performance of combat tasks. Striking a cynical attitude to the military and their families, who remained patriots of their country”, — said in the letter.

Sailors expressed the hope that the leadership will solve their problem and will not push military personnel after retirement to return to the Crimea and to take Russian citizenship for the solution of the housing problem.

Crimea became a Russian region after held there in March 2014 referendum in which 96.77 percent of voters of the Republic and 95,6 percent of residents of Sevastopol voted for joining Russia. The referendum was held after a coup in Ukraine in February 2014. Kiev still considers Crimea its but temporarily occupied territory.

After joining the Crimea to Russia most of the ships of the Ukrainian Navy raised the flag of the Russian Navy. Moscow has transferred in the spring of 2014, the Kiev part of the combat ships and auxiliary vessels. In January 2018, the President of Russia Vladimir Putin has suggested to return to Ukraine rest in Crimea military equipment.