The modern Minotaur, or Why biologists create chimeras

MOSCOW, 18 Jul — RIA Novosti, Tatiana Pichugina. To scientists will not be difficult to cross between two or more living beings, as well as individuals of different species. Already have Chimera amphibians, rodents, primates, humans. 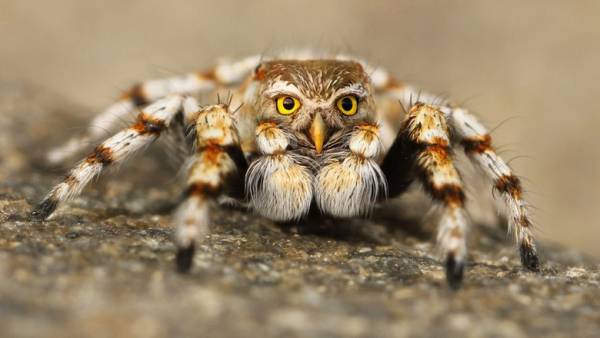 RIA Novosti understands why the researchers create biological monsters and what in this regard, there are ethical issues.

The arms of the embryos-twins

The Chimera of ancient mythology — it is, as a rule, deity: half human-half animals. This is the Minotaur, which the Greeks depicted as a man with a bull’s head, or Fawn — a man with goat legs. The Egyptians imagined the God Anubis as a man with a Jackal head. Modern science is able to identify among people of real, live chimeras, whose bodies contain cells of different individuals.

The birth of the Chimera cause random crashes in the earliest period of development of the embryo, for example, when two eggs are fertilized by two sperm and fuse into one embryo.

As a result, the baby receives cells of the another person — his unborn twin. Call it tetragametic chimerism, emphasizing that the formation of the body consisted of four different sex cells with two paternal and two maternal.

To determine human Chimera is possible only with the help of a series of genetic tests, which compare the DNA from different tissues — blood, hair, saliva, genitalia. It is no coincidence that most cases of natural chimerism among people recorded judicial forensics.

Externally to recognize people-chimeras impossible, with the exception of interracial descendants, the color of the skin which resembles a mosaic, or true hermaphrodites — produzcan-polozheniya. So, in the state of Texas in the United States the child was born, half of which belonged to the girl-mulatto, half — black boy.

Sometimes chimerism recognize when looking for causes of infertility. It turns out that inside of a person developing the second genitals. They are removed surgically, and the IVF procedure solves the problem with conceiving a child.