MOSCOW, April 18. /TASS/. The aggrieved party in the face of representatives of the Ministry of culture of Russia asked the court to extend the measure to the artistic Director of “Gogol-center” Kirill Serebrennikov Director on the case of plunder of budgetary funds. About it the correspondent of TASS from the audience Basmanny court. 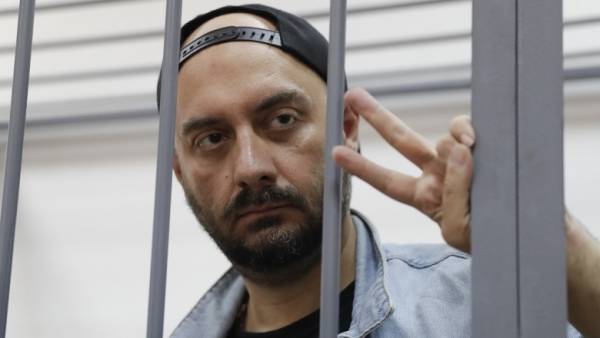 “We are asking to join the petition of the representatives of the victim, who asked to extend the measure Serebrennikov, Apfelbaum, Itino and Malopolska,” said the investigator.

The court has studied the petition and decided to attach it to the case. “According to the rule of adversarial proceedings the petition is on file,” said judge Arthur Karpov.

The court on Wednesday will consider the petition of the investigation on the extension of house arrest Serebrennikov and producer Yuri itina, Director of the Russian academic youth theatre Sofia Apfelbaum and located in the detention center produced by Alexei Malopolska.