Macron said that he was “the equal of Putin”, media reported

MOSCOW, April 17 — RIA Novosti. The President of France Emmanuel macron drew Parallels between himself and his Russian counterpart Vladimir Putin and explained why they were struck in Syria, said in an interview with radio station RMC, the journalists talked to a Macron. 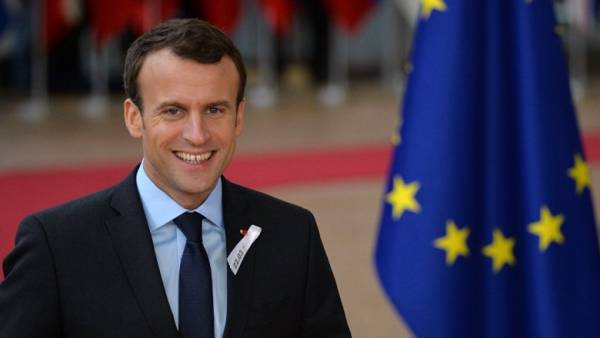 On Sunday, the Makron has given interview in which has summed up the results of the first year of the presidency.

After that, he “shared Cup” with journalists, said the employee of RMC Jean-Jacques Bourdin.

In particular, it is reported that the French President will also discuss Russia in a conversation with his wife burden.

“I’m a match for Putin. In addition, Putin understands me. I decided to strike on Syria to make clear to Putin that we are there. He understands this discourse. And you will see is a solution to restore peace in Syria”, — quotes the words of Macron journalist.

The situation in the Duma

Previously, the West accused the Damascus chemical attack on the Duma. Moscow has denied the information about the chlorine bomb, allegedly dropped by the Syrian military.

The Russian foreign Ministry said that the purpose of stuffing about the use of toxic substances of troops to Syria to protect the terrorists and to justify possible military strikes from outside.

In the night of Saturday the US, Britain and France released on Syrian territory more than a hundred missiles, most of whom were brought down by the Syrian air defense system. Three people had been injured.

Vladimir Putin called the incident “an act of aggression against a sovereign state, which is at the forefront of the fight against terrorism”.