Former first lady of the United States, wife of George H. W. Bush, Barbara, died at the age of 92 years. About it to Agency Reuters has informed her relatives. 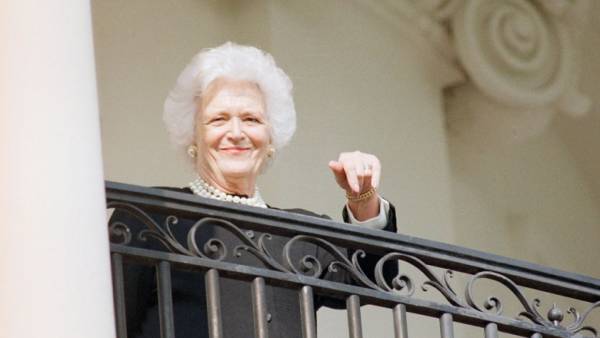 For many years the wife of the 41st President of the USA suffered from graves disease — autoimmune disease that affects the thyroid and leads to poisoning thyroid hormones. She also underwent surgery on the heart and the stomach, and bronchitis.

On 15 April it became known that Barbara Bush after a series of unsuccessful hospitalizations refused further treatment and wanted to spend more time with family.

16 APR CBS News mistakenly posted on its website an obituary of Barbara Bush. The title of the article contained a note “Not to publish”. The text appeared on the site for a while, and then it was removed.