Took up the old. Why would Russia back into service armored vehicles of the 60’s

MOSCOW, 16 APR — news, Andrey Stanavov. The first serial Soviet infantry fighting vehicle BMP-1 will find a second life. Gathering dust in warehouses, and in the reserves of the defense Ministry, the samples will go reactivate, rearming and return to the army. 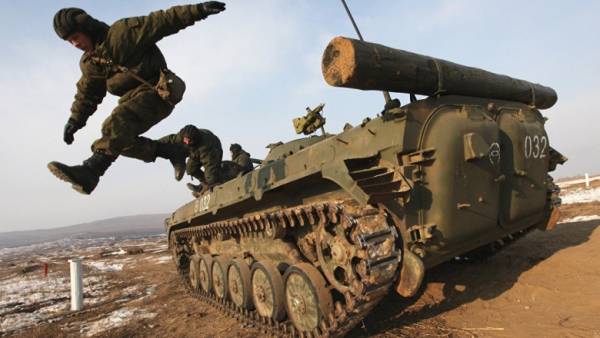 About the new features that will get the machine taken out of service 35 years ago — in the material RIA Novosti.

First and foremost, the upgrades will affect weapons systems. The specialists of the Corporation “Uralvagonzavod” will be removed from “ones” turret with 73 mm gun 2A28 “Grom” and establish instead of them fighting modules with quick-firing 30-mm 2A72 cannon of the BTR-82A. Connect additional electronics, electric drives. Body, engine and transmission — no change. In spite of its age, the chassis of this car is recognised as successful and reliable. 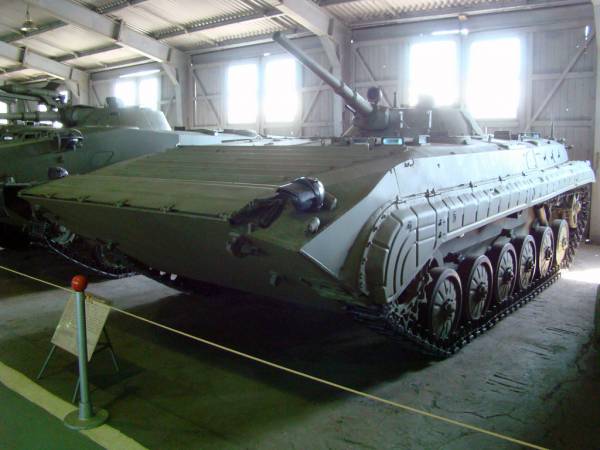 BMP-1Точное the number of eligible “restoration” of the BMP is not yet announced, but we know that the testing of the first batch of twenty units will be completed until the summer. In troops they go until September.

As reported by RIA Novosti source in the defense industry, military module in tandem with the BMP-1 proved to be good. “This car is wider, heavier and more stable than the APC, the source said. — When firing it is almost swinging, whereby an automatic gun behaves more stable. Significantly increased accuracy, precision, effective range”.

Another important advantage of the BMP in front of the BTR — she’s tracked more than passable and can go in the tank column. 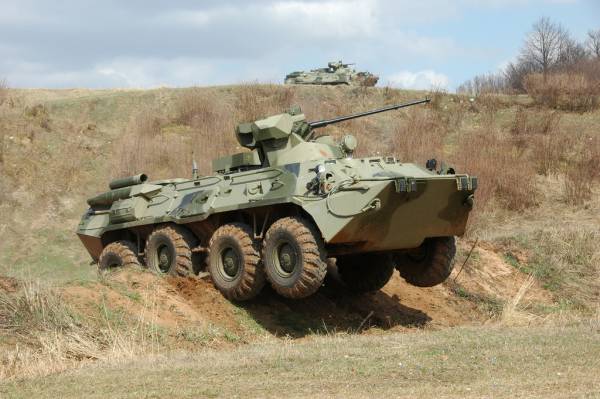 In combat characteristics gun is almost identical to its predecessor 2A42, which were armed with BMP-2 and continue to put attack helicopters Ka-52 and Mi-28N. Both are effective against lightly armored targets and manpower at ranges up to two kilometers, can hit low-flying helicopters.

The main difference is the working principle of automation. If 2A42 arranged as a Kalashnikov rifle and in the charge uses the exhaust gases, the 2A72 is powered by the energy of the back trunk. Also it reduces the rate of fire is 330 rounds per minute vs 550. This is done to increase the accuracy.

Standard weapons have always been considered the “sick place” BMP-1. By the early 1960s, the military had a clear idea about how to use new kind of military equipment. It was assumed that in the case of the third world “unity”, along with tanks will go to breakthrough to the English channel, dodging craters from nuclear explosions and “babe” on the road heavy armored vehicles NATO. For this they were equipped with smoothbore gun, firing grenades cumulative, and the top “screw” driven rocket “baby”.

In fact, it is a shortened version mounted grenade launchers SPG-9, used for the destruction of enemy armor except at close range (800-900 meters), on which the enemy still need to get. For comparison, fired from the gun of the American tank M60 (was in service with the NATO in the 1960s) sabots flash a 16-millimeter armor “unity” at a distance of 2.5 kilometers like parchment.

Low rate of fire (six shots per minute), manual reloading and the lack of stabilization make “Thunder” and ineffective in the fight with the infantry — in the fleeting contact battle, the crew do not have much time for aiming. Because of the small elevation angle (only 15 degrees) cannon is useless in urban areas and mountainous terrain where you need to work “on top”.

During the war in Afghanistan, Soviet soldiers attempted to strengthen the armament of the BMP-1, handicraft privativa top mounted grenade launchers AGS-17.

This helped only partially, so the new BMP-2 with the rapid-fire “thirty” and elevation angle of 75 degrees in the armed forces met with undisguised delight.

And myself and others

Anyway, having a modern avionics armament, the BMP-1 in combat capabilities close to the pair, and may even outperform it. And although the first batch of upgraded machines, the defense Ministry ordered that the experts saw in this modernization of export interests. For several years, Kurgan machine-building plant “stamp” over 20 thousand “ones”, and many of them managed to disperse around the world.

“We are armed with BMP-2 and BMP-3, it is suitable machine that meets the defense Ministry. But many countries in the world who have left the BMP-1 in the first modification, — told RIA Novosti news Agency the military expert of information-analytical magazine “Arsenal Fatherland” Alex Leonov. Abroad, there are about 1700 units: almost a thousand from Turkmenistan, the Sudan has about one hundred ten côte d’ivoire and so on. It is easier and cheaper to update “unity” than to buy “two”. Usually such revision costs to the customer 30 percent of the cost of the machine”. 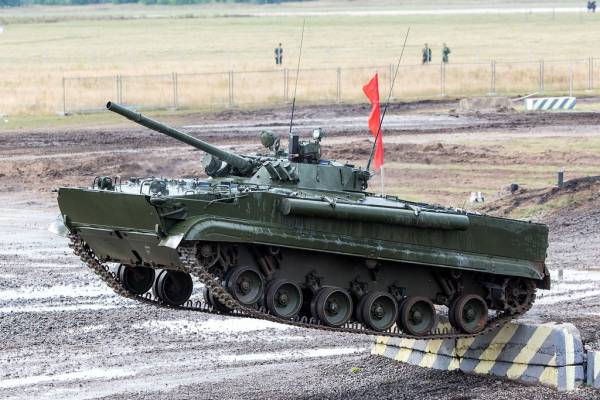 According to Lenkova, bringing obsolete equipment to the condition and the return of its operation — a fairly common practice around the world. It’s cheap, fast and not too labor-intensive.

The Americans do not let the tank “Abrams” of 2008, — said the expert. — They take an old car from the warehouse are being upgraded, assign the index and say that they have a new tank.Alex Linkowanie expert

“Doing the same in Europe with Leopard. Add defensive systems or scopes, working with the transmission and engines. On average, after these manipulations the combat effectiveness increased by 15 percent.”

Russian engineers, it should be noted, is not the first who came up with the idea to deliver the BMP-1 from a low-powered “Thunder” and equip a rapid-fire automatic cannon. On this way went several countries-operators. And independently.