Russia’s permanent representative at the organization of Alexander Shulgin said that we are talking about provocations in the Duma and Khan Sheyhun. 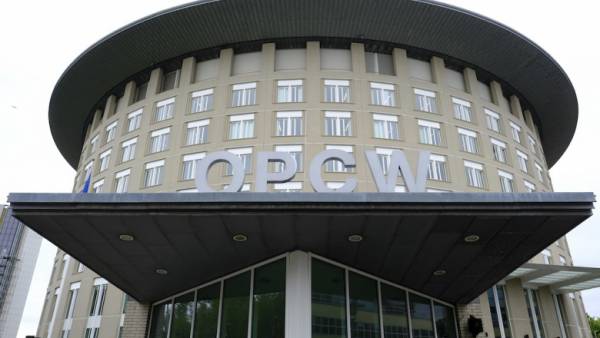 The HAGUE, April 16. /TASS/. Russia will bring to the next meeting of the Organization for the prohibition of chemical weapons (OPCW) those who participated in the preparation of provocations in Syria. This was stated on Monday Russia’s envoy to the OPCW Alexander Shulgin at the press conference following the meeting of the Executive Council of the organization on the situation in Syria.

“We warned them that next time they want to discuss the Syrian topic, we will bring here to the Hague of those people who participated in the staged shooting “White helmets”. That wittingly or unwittingly, were accomplices to the grandiose provocations, be it in the Syrian Duma, or in Khan Sheyhun,” said Shulgin.

During the session of the Executive Council of the OPCW Shulgin reported that the Russian experts who conducted the investigation into allegations of use of chemical weapons in the Syrian city of Duma, found participants of the video footage presented as evidence of the alleged himataki. “They showed footage of their participation in a filmed staged video. Both participants have a medical degree, working in the er of the city Duma”, — he explained. Shulgin published called the video a provocation, and its immediate performers — “pseudohumanitarian NGOs”, including White helmets.

With the statement that on April 7 in the city of Duma in Eastern ghouta, chemical weapons were used, by a number of NGOs, including White helmets. In the statement, posted on April 8 on the website of the organization says that with the bombardment of the city was used, in particular, bombs with chlorine killed dozens of people in hospital with symptoms of poisoning delivered by local residents.