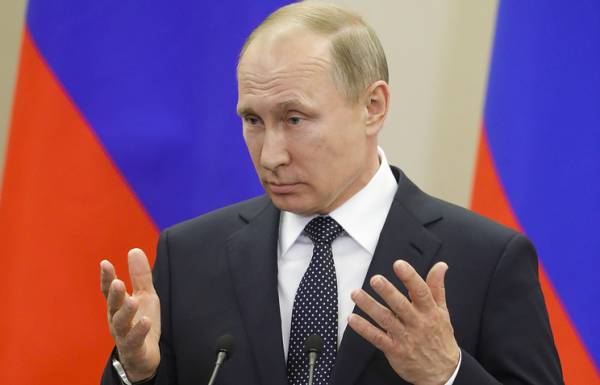 MOSCOW, April 17. /TASS/. Russian President Vladimir Putin in a telephone conversation with German Chancellor Angela Merkel said that the action of the group of Western countries, committed the act of aggression against Syria, flagrantly violated international law. About it reports a press-service of the Kremlin.