Protection of the spaceport could not resist the machinations

The arrest of a former subordinate head of “Rosatom” enterprises. 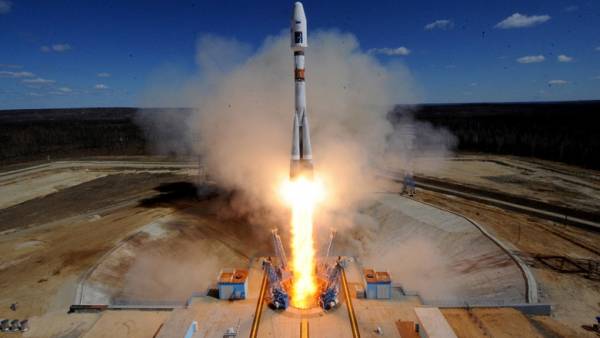 As it became known “Kommersant”, the consequence was the former Director of the subordinate “Rosatom”, JSC “NPK Dedal” Sergey Fedyaev. For 20 years he headed the company, which specializiruetsya on the development of secret remedies protected nuclear facilities, alarm systems for border security, devices for detection of underwater saboteurs and anti-terrorism detectors, able to detect the slightest traces of contact of a human with explosives. Honored 65-year-old designer, who survived the war in Afghanistan, was sent to jail on charges of embezzling funds allocated for the security of the Vostochny space centre. The violations were identified during an internal audit of the company. Mister Fedyaev guilt categorically denies, calling the prosecution of intrigues of ill-wishers and settling of accounts.

According to informed sources, “Kommersant”, the reason for the criminal persecution of Sergei Fedyaeva became an internal inspection conducted in the spring of 2016, JSC “NPK “Dedal”” state Corporation “Rosatom” which structure includes the enterprise. Then was revealed a number of serious financial violations. The audit of the General Director of “Daedalus” Sergey Fedyaev was suspended from duty, and in its place came Igor Sushkov, who previously worked in the Department of “Rosatom”, who oversaw the operation of enterprises associated with the security of nuclear facilities.

On the basis of auditors, investigators GU MVD of Moscow region has filed several criminal cases under part 4 of article 159 of the criminal code (fraud in especially large size). However, in all of them it was about some “unidentified persons”. The first was the agreement on the supply of components for perimeter protection of a number of objects under construction of the Vostochny space centre between “Daedalus” and “Bazalt-plus”, which was later renamed “Promelektroproekt”. Then there was an attempted theft of 92 million rubles. problems with the supply really was, but all questions were decided in arbitration courts. As a result, the investigators closed the criminal case. However, at the request of spectrometry on highly sensitive sites, the police reversed the decision to resume the investigation. However, the investigation and the second time was dismissed for lack of evidence of a crime.

But in September 2017 there is a new criminal case — about abusing powers (article 201 of the criminal code). It was coupled with the plea where again by “unidentified persons” in February 2014, without providing the Bank guarantee transferred an advance of more than 61,5 million rubles the investigation is ongoing, but, according to some, big prospects in it, as well as specific defendants.

Meanwhile, at the end of last year was initiated in another case of fraud, again associated with the Eastern spaceport. Now it’s contract in 2013 between “Daedalus” and “Musk”, which was one of the contractors to ensure the objects of the spaceport security systems. The essence of the transaction, the cost of which exceeded RUB 86 million, was to develop the training complex (UGC), which consisted of 11 classes, server and showroom. It was also necessary to create design documentation, develop software, etc. of Its facilities for the entire scope of work, “Daedalus” was not enough, and the execution of the contract was attracted by the sub-contractor is the same company “Basalt-plus”, headed by Sergei Markov. According to investigators, after the works part of the property “Mascoma” was stolen. In this case was detained, and then with the sanction of the court arrested the former Director General of “Daedalus” Sergey Fedyaev, and Sergei Markov.

Investigators believe that the deal signed by the two leaders, were fictitious and due to their collusion and long-standing friendly relations. At the same time the searches were conducted at the home of Mr. Fedyaeva and his two sons, Leonid and Yuri, who were the constructors in “Daedalus”. In the house of Sergei Fedyaeva seized 5 million rubles., and one of his sons — two cell phones. And Fedyaeva Jr. at the moment are witnessing in the case of his father.

According to “Kommersant”, after the audit of “Rosatom” in the summer of 2016 Fedyaev-senior left the enterprise under the settlement agreement, received adequate remuneration. And his sons retired at their own request, though a new head and allegedly asked them to stay and continue to work.

It should be noted that NPK “Dedal” is a company with a rich history. In January 1963 by the order of the state Committee for atomic energy at the joint Institute for nuclear research in Dubna near Moscow was established a group of seven engineers who were tasked with designing and developing the latest security systems for specially protected nuclear facilities. Gradually the team became more and more, and before him put all new tasks in addition to only the perimeter protection of nuclear facilities. The company repeatedly changed names, and his role has been supplemented by the development of alarm systems for the protection of the border. Recently former the Federal state unitary enterprise “Rosatom” was transformed into a departmental AO.

Against the background of intensified in recent years, terrorist attacks have been claimed the development of the “Daedalus” in the field of detectors that can detect in the person the slightest traces of explosives. Fedyaev senior led the “Daedalus” for 20 years, since 1996, after a long journey from an ordinary employee to the head. Incidentally, he participated in the war in Afghanistan, which came to assist in installing alarm systems from attacks by rebels. After dismissal from “Daedalus” Mr. Fedyaev got the chief designer of one of the companies also involved in the development of security technologies. “We are convinced that the father was a victim of competition”, — said “Kommersant” the defendant’s son Leonid Fedyaev.

Fedyaev Jr. said that his father is being held in a detention center in Volokolamsk, where it is occasionally taken out for investigative actions. But he has been denied family visits and other motions. “I filed 29 only personal petitions investigator, but they all remained unanswered,” — said Leonid Fedyaev, noting that his father, despite his advanced age and chronic illness, “holding up well” and the guilty person refuses to admit, explaining that the machinations of the property “Mascoma” occurred a month after his dismissal from the company.

In the “Rosatom”, which initiated the audit that led to high-profile arrest, the situation quickly comment failed.