MOSCOW, April 17 — RIA Novosti. One of the Vice presidents of Russian Railways, was dismissed after verification of the General Prosecutor’s office, during which it became clear that the top Manager of the company has entered into contracts with a commercial structure for the enrichment of his sons, says the report of the Prosecutor General of Russia Yuri Chaika to the Federation Council. 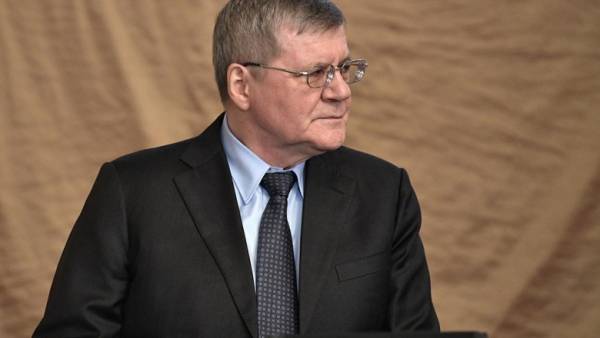 As noted in the text of the report about the General Prosecutor’s office said the Prime Minister Dmitry Medvedev.

“During the inspection of law enforcement on combating corruption in JSC “Russian Railways” established that one of the Vice-presidents of the society personally took decisions related to contracts with a commercial organization, in order to enrich their sons as members of the Board of Directors of this organization and its ultimate beneficiaries. By resolution of the Board of Directors of JSC “Russian Railways” employment relationship with the Director terminated”, — stated in the text.

According to the Prosecutor General, in 2017 the number of cases of unresolved conflict of interest increased by 30% compared with the year 2016.