Memorable than 14 Soviet and Russian Ministers of foreign Affairs.

The unprecedented crisis in relations between Russia and the West arose not in a vacuum: it was preceded by a hundred-year history of Soviet and Russian diplomacy, which knew how the UPS and downs. In the coming years, according to sources, “b”, building relationships will continue to engage the current Russian foreign Minister Sergei Lavrov. “Kommersant” recalls that of his predecessors since 1917.

Position: people’s Commissar for foreign Affairs of the RSFSR. 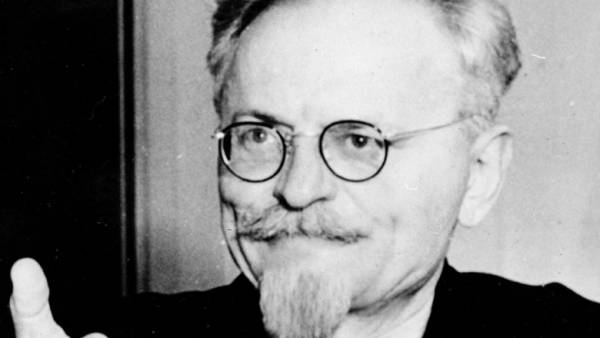 Associate of Lenin and one of the leaders of the October revolution of 1917, shortly after the Bolsheviks came to power, Leon Trotsky (Leiba Bronstein) was appointed people’s Commissar for foreign Affairs in the first Soviet government. His first priority was the establishment of the people’s Commissariat for foreign Affairs, relying on the cadres of the Ministry of foreign Affairs in pre-revolutionary Russia. This task was difficult: not all diplomats were ready to accept the October revolution and work for Tips.

Lev Trotsky also had to publish the secret treaties of the tsarist Russia to conclude peace under the conditions of ongoing First world war and to achieve international recognition of the Soviet state.

The talks, held in three stages from December 1917 to March 1918 was a peace Treaty signed with Soviet Russia in Brest-Litovsk with Germany, Austria-Hungary, Ottoman Empire and Bulgarian Kingdom (the Brest peace).

Despite participation in peace negotiations, put forward the thesis of “neither peace nor war” Trotsky opposed the conclusion of peace, and offered to delay the time, hoping for a quick victory of the revolution in Germany.

After the signing of the Brest peace on very unfavorable terms for Russia, in protest, resigned 22 February 1918, after which the Chairman of people’s Commissars, Lenin appointed him head of the people’s Commissariat for military Affairs.

Leon Trotsky was a supporter of the idea of world revolution and believed that the Commissariat will not last long, as after a quick victory of the revolution on a global scale diplomatic service of the Soviet state is not required.

Comes from a noble family, Georgy Chicherin went to work in the Ministry of foreign Affairs in 1898. Before the revolution, spent several years in Europe, where in 1907 at the London party Congress he was elected Secretary of the Central Foreign Bureau.

In August 1917 he was arrested by the British authorities, believing that its activities threatened the security of the United Kingdom.

After the October revolution due to the intervention of the people’s Commissar for foreign Affairs Trotsky was released and arrived in Russia.

In January 1918 he was appointed Deputy people’s Commissar of foreign Affairs. In March 1918, he participated in the signing of the Brest peace. The conclusion of the Brest-Lithuanian peace Treaty allowed Soviet Russia to establish diplomatic relations with Germany, Austria-Hungary, Bulgaria and Turkey.

Headed by people’s Commissar shortly after the resignation of Leon Trotsky, who acted as the opponent of the Brest peace.

After the formation of the USSR, in 1923, George Chicherin became the first Soviet people’s Commissar for foreign Affairs.

At the first stage of formation of Soviet diplomacy in the Commissariat broke sharp struggle between the “Westerners” and “Easterners”. The “Westerners” led chicheriny predicted the victory of the revolution first in the West, and then in the underdeveloped countries of the East. In turn, the “Easterners” grouped around Vice-Georgy Chicherin, Maxim Litvinov, insisted that in the East of the proletarian revolution is impossible, and warned against attempts to encourage them from the outside.

Position: Commissar of foreign Affairs of the USSR.

A professional revolutionary, a member of the RSDLP since 1898, Maxim Litvinov (Meir-Henoch M. Valley) came into the foreign service soon after the October 1917 revolution, in January 1918, becoming the diplomatic representative of Soviet Russia in the UK.

In 1922 he was a member of the Soviet delegation at the Genoa conference and then presided over the conference on disarmament in Moscow, which was attended by the representatives of Poland, Lithuania, Latvia, Estonia and Finland.

In the years 1927-1930 he headed the Soviet delegation to the preparatory Commission of the League of Nations on disarmament.

Prior to his appointment as people’s Commissar of foreign Affairs of the USSR from 1921 to 1930 he was Deputy people’s Commissar for foreign Affairs of the RSFSR. After the appointment of the Commissar was the head of the Soviet delegation at the conference of the League of Nations on disarmament (1932), the Peace economic conference in London (1933). In the years 1934-1938 represented the USSR in the League of Nations.

In the prewar years, advocated the creation of a system of collective security, which makes the Soviet Union, the Western democracies and the countries of Central Europe to deter Nazi Germany.

However, due to the sharp conflict with Vyacheslav Molotov, who accused him of “political stupidity”, was forced to resign in 1939.

During the war managed to return to diplomatic service: from 1941 to 1946 he held the position of Deputy people’s Commissar of foreign Affairs of the USSR. In addition, in the years 1941-1943 was the Soviet Ambassador to the United States, in 1942-1943 — envoy of the USSR in Cuba.

Before completing his career remained an opponent of his successor as Soviet people’s Commissar Vyacheslav Molotov, criticizing him for lack of flexibility in relations with the West.Vyacheslav Molotov

Prominent Soviet party and state leaders, Vyacheslav Molotov (Skryabin) headed the people’s Commissariat of foreign Affairs of the USSR in may 1939, a few months before the outbreak of the Second world war (1 September 1939). In “Essays on the history of the Ministry of foreign Affairs” States that the name of Vyacheslav Molotov “was linked to the forced departure of Soviet diplomacy from prewar policies aimed at ensuring collective security in Europe, attempts to address the issue of security of the country”.

The most famous document signed by Vyacheslav Molotov and German foreign Minister Joachim von Ribbentrop on 23 August 1939 was the Treaty of friendship and border between USSR and Germany (better known as the Molotov—Ribbentrop Pact).

The parties have committed themselves not to attack each other and to remain neutral if one of them will become the object of hostilities by a third party. September 28, 1939 was signed by the new German-Soviet Treaty “On friendship and the border.”

However, the efforts of Vyacheslav Molotov, also including Anglo-Franco-Soviet negotiations in the summer of 1939 in Moscow and his meeting with Adolf Hitler in 1940 in Berlin, failed to prevent the attack of fascist Germany on the USSR on 22 June 1941. In the first day of the war Vyacheslav Molotov spoke on the radio with the statement, which was: “Our cause is just. The enemy will be defeated. Victory will be ours”.

Position: Minister of foreign Affairs of the USSR.

Andrei Vyshinsky headed the Soviet foreign Ministry at the end of the Stalin era. Having worked in the seat of the head of the Soviet foreign Ministry a relatively short period of time — four years, he left the Minister’s chair immediately after the death of the “father of Nations”. This happened in connection with the new redistribution of roles within the Supreme Soviet and the party leadership after the next rotation with Vyacheslav Molotov, who again took the post of foreign Minister of the Soviet Union, left them in favor of Andrei Vyshinsky in 1949.

In the history of Soviet Russia Andrei Vyshinsky better known as comrade Stalin and the “talking head” era of the Great terror.

As the Prosecutor of the USSR, Vyshinsky became the main public Prosecutor in the political processes of the second half of the 1930-ies, giving the appearance of legality of the NKVD struggle against “enemies of the people”.

After completing their mission to denounce the “internal enemies” during the great Patriotic war, Vyshinsky was transferred to the diplomatic service, becoming the first Deputy people’s Commissar of foreign Affairs of the USSR. In this position, he participated in the Yalta and Potsdam conferences, which elaborated the system of the device of the postwar world, and also led the Soviet delegation at the Nuremberg trials.

Andrei Vyshinsky headed the Soviet foreign Ministry at the dawn of the cold war, three years after the famous Fulton speech of Winston Churchill. Assigning Vyshinsky head of the Soviet diplomacy, Stalin proceeded from the fact that the former chief Prosecutor of the USSR is the most suitable figure in order to give a worthy rebuff the “imperialists”.