MOSCOW, April 17 — RIA Novosti. Russian submarines did not allow a British submarine to take part in the operation against Syria. This became known to The Times. 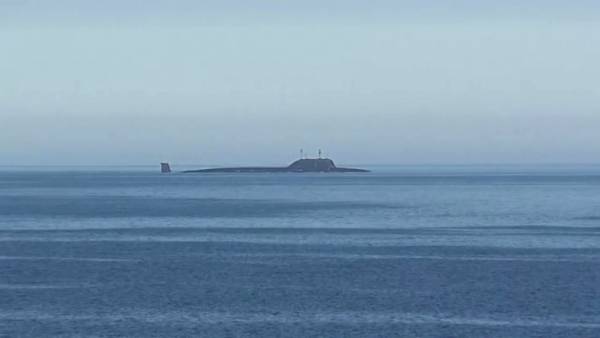 According to the newspaper, the British Astute class submarine armed with cruise missiles, was forced to maneuver in a confrontation with one or two Russian submarines, which the West calls “Black holes” for noise reduction. They were released from the Syrian Tartus class submarines “Kilo”.

British sailors also had to swim away from two Russian frigates and anti-submarine aircraft. In this regard, the submarine could not approach close enough to strike at Syria. In the few days before the submarine tried to act in such a way that it is not found.

According to the former commander of the Baltic fleet Admiral Vladimir Valuev, it was a properly conducted operation of heterogeneous forces of the Russian Navy.

“This is a high assessment of the actions of the Russian anti-submarine forces. Search British submarine in a given area of detection and tracking was really properly organized and conducted successfully,” he said.

“The Russian frigates has driven British submarine in the area of operations of our submarine, which it has classified and gave the contact plane. Using the magnetometer on Board this boat can be monitored until its return to base,” — said Valuev.