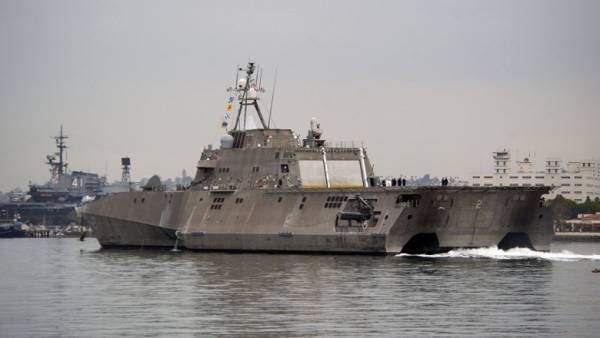 “After they had spent 16 years and billions of dollars, the U.S. Navy apparently finally admitted that the program littoral combat ship LCS is an absolute failure,” the article says.

In addition, new vessels are not fit for military operations. In 2014, the U.S. was forced to reduce the order ships LCS because of the uncertainty in their effectiveness, and existing court are constantly in maintenance and improvements.

As reported in Naval Institute the U.S. Navy in 2018, the American sailors will not be able to deploy any one of the littoral ship. As obvious shortcomings of the LCS mentions the deficit elements of the combat system — in particular, radar system.

“None of the modifications to the LCS will not withstand the high-intensity combat,” reads the article.

Previously, the Pentagon has acknowledged that the littoral combat ships of the U.S. Navy showed itself poorly in trials against the group, attacking small ships to discover a whole range of issues — from problems with the generators and air conditioning systems to failures in the system of cyber security.