“Hard scenario”. Will US Russia off from SWIFT?

Russian politicians believe that the West is ready to take the most extreme measures of pressure. 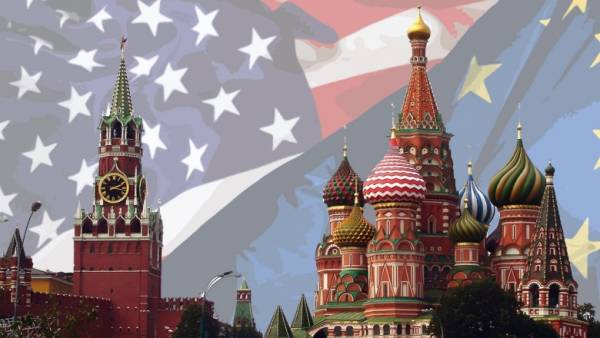 The United States may soon announce a new package of sanctions against Russia. As stated by the U.S. permanent representative to the UN, Nikki Haley, first of all, they will affect companies related to the equipment relevant to Bashar al-Assad and use chemical weapons. Americans urged to tighten their sanctions on Russia the EU, so they, like the U.S. have adopted measures against individuals close to Russian President Vladimir Putin. Russian politicians believe that the Americans stand on the hard path of confrontation with Russia. Most serious in this respect, the measure can be sanctions against the debt of Russia to the USA, but it is likely that they will hit America.

“We still don’t believe these sanctions are legal, consider them to be contrary to international law and WTO rules”, — expressed his opinion about the new U.S. sanctions on Monday, April 16, the press Secretary of the President Dmitry Peskov, stressing that the restrictions have no relation to military conflict in Syria and aimed at squeezing out of Moscow with the international markets.

According to him, the Kremlin is convinced that sanctions are “blatant attempts of unfair competition”, which is obvious to any economist.

“It is, I would say, international economic raiding and nothing else,” — said Peskov, noting that “the Russian leadership, the relevant departments continue to work to ensure the stability of the economic system.”

In the Kremlin stated that all necessary measures are being taken almost daily basis. Obviously, one of them was the gradual transfer of Russian companies on the Russian equivalent of the interbank system SWIFT — System of transmission of financial messages Bank of Russia (SPFS). Recently about the decision said the Central Bank and the Corporation “rostec”, and earlier, in March, Gazprombank.