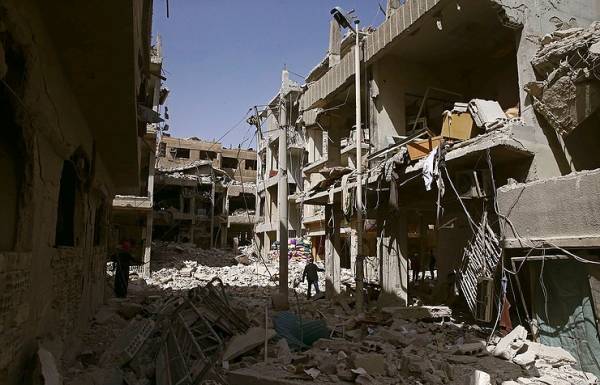 The HAGUE, April 17. /TASS/. Experts of the Organization for the prohibition of chemical weapons (OPCW) arrived in Syria to investigate the possible use of chemical weapons in the Syrian city of Duma, expect to visit the site of the alleged incident on April 18. This was announced on Monday, the head of the troops of radiation, chemical and biological protection (NBC) of the Armed forces of the Russian Federation the General-the major Igor Kirillov at the special meeting of the Executive Council of the OPCW.

According to Kirillov, the group of experts arrived in Damascus on Saturday at 19:00 local time (coincides with Moscow) and held talks with the Syrian side. Sunday in the first half of the day discussed the issues of security and order after that the OPCW experts were interviewed two witnesses of the incident. Monday was held a meeting on the development of the route in the Duma.