ROME, 16 Jan — RIA Novosti. The US special envoy to Ukraine Kurt Volker, warned Italian authorities that a possible unilateral lifting of sanctions against Russia create problems in relations with the EU, he stated in an interview published Monday in the Turin newspaper La Stampa. 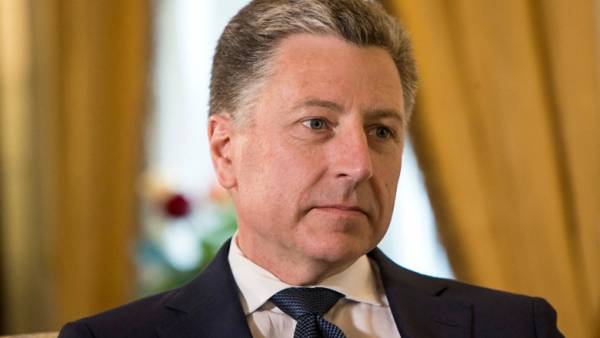 “Italy will not be able to take sanctions against Russia without serious consequences,” said Walker, Recalling that the anti-Russian sanctions are “not Italian, and European measures.”

Therefore, the unilateral decision of Rome on this issue would lead to serious problems in relations with the EU, said the special representative of the United States.

Leader of the Italian party “League” Matteo Salween, which is the outcome of the March parliamentary elections became the candidate of the center-right forces on a post of the head of the future government of Italy, known for his harsh criticism against anti-Russian sanctions. In recent years, he has repeatedly stated that in the case that will take the post of Prime Minister of Italy, will require the lifting of sanctions with Russia.