MOSCOW, 16 APR — RIA Novosti. The Moscow city court upheld the arrest of the owner of the Summa group Ziyavudin Magomedov, suspected of organizing a criminal Association, embezzlement and embezzlement of 2.5 billion rubles, the correspondent of RIA Novosti news from the courtroom. 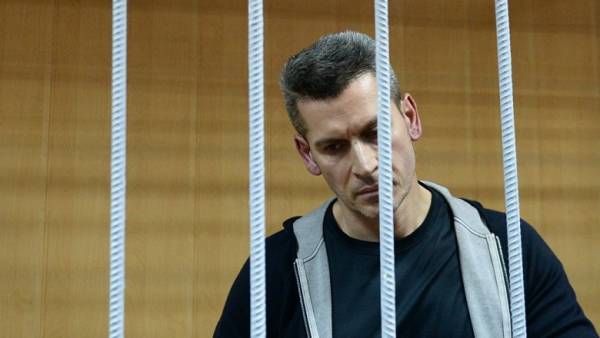 “The decision of the Tver court of Moscow on election of a measure of restraint in form of custody against the suspect Magomedova until may 30 to leave without change, the appeal complaint without satisfaction”, — said the judge.

The investigators believe that Magomedov, once released, might abscond or put pressure on witnesses, so it should be kept in jail. The Prosecutor’s office with the arguments of the investigation jointly. In the Tver court of protection was offered bail in the amount of 2.5 billion rubles, the Moscow city court lawyers requested the transfer of the businessman under house arrest, pointing to his innocence.

Between detention Magomedov on suspicion of creating a criminal Association and criminal investigation 210 article a day. Lawyer Alexander gofshtein called this fact “an attempt to circumvent the ban of the state to arrest businessmen.” According to him, the other “six resolutions on initiation of criminal cases” describe the commercial activity of the companies entering into group “the Sum”, and criticism to the quality of work, and any specific facts confirming the involvement of Magomedov to the creation of a criminal community, in fact, not.

The case of the creation of a criminal community, according to lawyers, was instituted March 29, 2018 according to the report from FSB officer from the same date. “Society — Summa group, consisting of private companies, was created much earlier. It employs between 30 and 35 thousand people in different regions”, — said during the meeting, Magomedov, stating that his prosecution is groundless and unreasonable.

Magomedov also stressed that for 40 years building its reputation and arrest is a serious blow, however, he is willing to help us all to understand and to prove his innocence.

The court of first instance at arrest Magomedov, according to lawyers, formally approached the issue and did not examine the involvement of the suspect in the alleged crimes. Moreover, businessman, confident protection, was not engaged in the financial and economic activities, appearing in the case companies.

Investigative Department of the Ministry of internal Affairs suspects the brothers Magomed and Ziyavudin Magomedov in the organization of a criminal Association, theft by fraud and embezzlement, and former CEO of the construction company Arthur Maximova — fraud and participation in a criminal Association. Two other defendants are wanted internationally.