The end of neutrality. Who is impacted by new US sanctions

No sooner had the Russian to recover from previous restrictions, as the Minister of Finance Steven Mnuchin declared readiness of a new sanctions package associated with Syria. The sanctions can target Russia’s partners in the Eurasian economic Union. 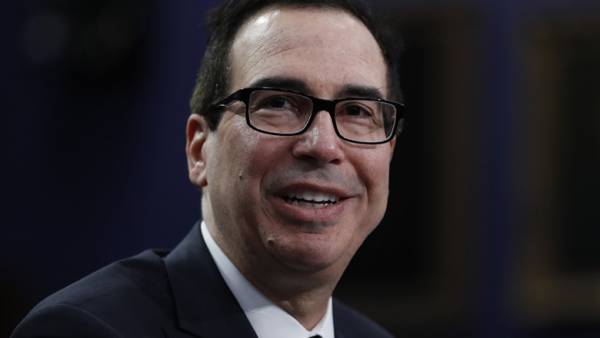 Last week, events occurred that forced the international community to return to the discussion of potential direct confrontation between two major nuclear powers — the USA and Russia. The Twitter diplomacy of the President of trump and sharp statements of representatives of the Russian General staff’s readiness to respond to rocket attacks American coalition held the whole world in a serious tension.

But the sense of imminent war largely artificially implanted emotional statements and aggressive rhetoric from Washington and Moscow. In fact, the current administration can be called one of the most pragmatic in American political history.

Representatives of the “generals ‘ lobby” (armed with “pigeons”) in the White house in the person of the Minister of defense James Mattis and the head of the presidential administration of John Kelly, have sufficient practical experience to understand the consequences of real military confrontation between the two countries.

Today their influence is enough to keep the “war hawks,” John Bolton and Mike Pompeo.

We should not forget that after Berlin (1961) and the Cuban missile crisis (1962) Washington and Moscow learned the culture of mutual strategic restraint in dangerous situations. Despite the serious crisis of confidence between the States and Russia, accompanied by sharp statements, the militaries of both countries always maintain formal and informal channels of communication, realizing the negative consequences of the radicalization of the political opposition. Moreover, the Syrian interested in the direction of Americans in terms of a long-term strategy to address the Iranian issue. The reports from such think tanks as the RAND Corporation and the Atlantic Council noted repeatedly that President Bashar al-Assad and his Alawi regime, along with Hezbollah in Lebanon are the main strategic allies of the Islamic regime in Tehran. It is obvious that without addressing these two factors, Washington is difficult to count on success in the process of changing the political nature of contemporary Iran. Thus, Russia in this matter is not the main cause of headache of the Americans.

Washington has objectively the quality and quantity of resources that allow you to play the long game on that Moscow and Tehran have neither the time nor the money. In other words, the United States is unlikely to seriously discuss the possibility of war with Russia over Syria (the other thing is that if Moscow deployed its bases in Canada or Mexico). Against Moscow chosen fundamentally different approaches pressure.

The first level is a broad range of economic sanctions, which are supposed to weaken Russia from the inside. The second is a coherent political-diplomatic work with its allies and partners, to achieve the progressive international isolation of Moscow.

At these two levels done a large amount of work: adopted six resolutions and two major bill, including the fundamental law “On combating the enemies of America through sanctions.”

Recent restrictions by the Ministry of Finance of the USA has led to the fact that the RTS index fell by 11.4%, and on Tuesday, the ruble fell against the dollar by 4.5%. A severe blow was received by the billionaires that are close to the political elite, as well as large enterprises with significant financial and strategic value.

At the current stage the United States on the basis of deep consensus decision of Respublikasi and Democrats will strike a strong and unexpected shocks without giving specific reasons. Sanctions are a reality that Moscow will have to accept. The new sanctions are characterized by high speed of development, adoption and implementation. No sooner had the Russian to recover from previous restrictions, as the Minister of Finance Steven Mnuchin declared readiness of a new sanctions package (it will be made public on Monday, April 16). This time Washington will punish companies that deliver to Syria equipment and technology that allows the Assad regime to produce and use chemical weapons. Tactics of cross-sanctions will have a double effect, because the same people and organizations (political, military, scientific and financial) may be subject to different limits in different cases (Ukraine, Syria, etc.) Likely in the near future, certain sanctions will prepare the UK and France.

The third potential level in the Russian direction is the restrictions against key strategic allies of the Kremlin in the Eurasian economic Union (EEU) and the Organization of collective security Treaty (CSTO). According to the sanctions law, the United States reserves the right to impose restrictions in respect of countries that work closely with Russia in the military-technical sphere. For fear of falling under the sanctions of Saudi Arabia had to withdraw from the purchase of anti-aircraft missile systems s-400. In an extremely complex situation, there is also Turkey, which due to its lobbyists in Washington have so far managed to delay the inevitable getting into the “black list”.

If the Americans start to use the whip against its allies (Saudi Arabia and Turkey), it is unlikely that other countries should count on any leniency.

In a recent interview, U.S. Ambassador to Armenia Richard mills said that official Yerevan may fall under sanctions. Political well-being of Moscow has a direct impact on the military-political and economic situation in Armenia: Russia is the largest investor and military-technical partner of Yerevan. Foreign policy the survival of the country depends on how well maintained the balance of power in relations with Russia, Iran, EU and US. While, this policy has borne fruit.

Armenia, being a member of the EEU signed an agreement on expanded partnership with the European Union. However, America is a special case. For a long period of dialogue with Washington was due to the organized and influential Pro-Armenian lobby. Today, this group influence is in a deep crisis and is not objectively able to play an active role as a lobbyist for the interests of the Armenian state. For the first time in 25 years, the White house is completely cut financial assistance to Armenia through the government programs, leaving only $6 million for humanitarian needs. Thus, for small Transcaucasian Republic, blockaded by Turkey and Azerbaijan, a direct hit under the American restrictions will have serious consequences.

Kazakhstan, unlike Armenia, has in the States serious agents of influence in the face of the oil lobby. Corporation Chevron defends its business interests in the Kazakhstan market and will be pragmatic to maintain the positive momentum of political dialogue between Washington and Astana. But in such difficult conditions, when the business is overshadowed (even Corporation Exxon Mobil powerless in lobbying their interests in Russia), the allies will be forced to live a more wise and prudent policy. Kazakhstan openly demonstrates its desire for foreign policy diversification. Official Astana did not support the Russian draft resolution with the requirement to condemn and stop the aggression against Syria, abstained from voting in the UN Security Council. In addition, President Nazarbayev Nursultan consistently builds a new model of economic dialogue with Washington. However, all these efforts does not guarantee an easy life for Astana.