The oldest accusation of sexual assault (and possibly rape) archaeologists believe the ancient Egyptian document that was created three thousand years ago. 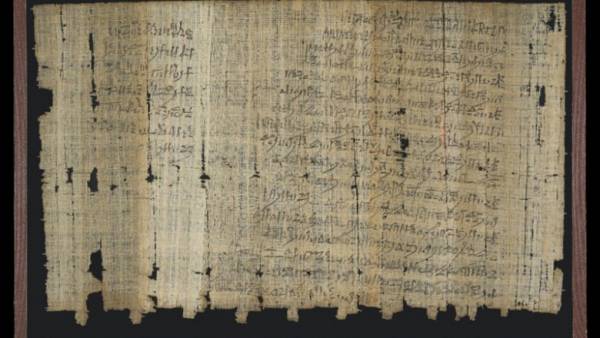 The British Museum holds centuries-old papyrus with complaints about obscene and rude behavior of the wizard Paneb, who lived in the small village of craftsmen and artists under the capital of the then Kingdom of Egypt Thebes (modern. The Luxor). The document bears the name of Henry salt’s collector who bought it from the merchants in Luxor at the beginning of the last century. In the late twentieth Egyptologist Jaroslav Black translated the document into English, and since the papyrus salt is known as an ancient document that tells the story of a man abusing his position and causing offense to women. The Western media recall an ancient document in 2018, when the charges against the master Panaba, sound like taken from the headlines from Newspapers.

The document describes the atrocities Panaba in some detail. By day he works on the decoration of the Pharaoh’s pyramid in Set-Maat (sovr. Deir El-Medina necropolis and a settlement of craftsmen and workers).

In the evening he knocks the stone doors of the houses of the workers — the builders of the pyramids, starts mass brawl, which causes beatings nine, threatened to kill.

The author of the papyrus, a colleague Panera named Amenah, turns to the vizier. He accuses Panaba that he took his job, steals intended for the decoration of temples and Royal tombs, defiles the sacred land, lying under oath, Pharaoh makes the workers work for themselves and sleeping with married women.

Amanota have had reason not to love Panera; both were outstanding craftsmen, and therefore competitors; besides Amanat writes that Paneb threatened to kill his mentor Neferhotep — older brother Amenita, for which he was bit by the servants of the vizier. In detail the complexity of their relations are described in the portal Narrative.ly. But the bias of the author does not negate the meaning of a document, according to many historians, who worked with papyrus — in particular, because, among other things, accuses Amanat Panaba in sexual offences, the victims were four married women. These charges are in line with other as a reason to dismiss Panaba from his post; for antiquity is a rarity, the researchers note.

Just the marriage status of victims did the crime Panaba as such in the eyes of his contemporaries, said Janet Johnson, an Egyptologist from the University of Chicago. “Sexual relations outside of marriage in Ancient Egypt was not regulated by public standards, but after marriage or marriage, both spouses had to remain faithful to each other,” she writes. More charges Amanota analyzed in the book of Pascal Vernus “Scandals and intrigue of Ancient Egypt” (Affairs and Scandals in Ancient Egypt).

“Panel doesn’t deserve the position”, — concluded the Prosecutor. The further fate of both is unknown. In the end his place was taken by another master, Anaht; in the later documents referred to the descendants of Panaba, still erect and decorating of a pyramid, though not attained that high position, which quickly became in due time the villain Panel.