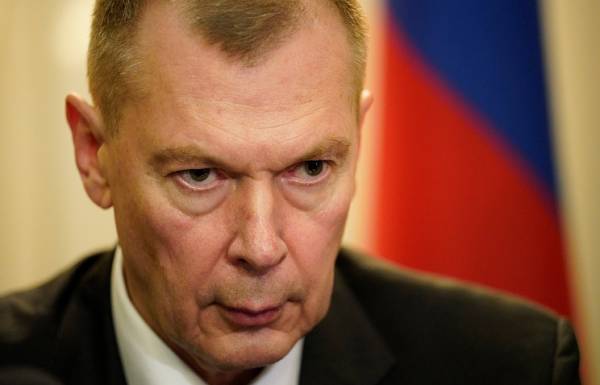 The HAGUE, April 16. /TASS/. Russia will bring to the next meeting of the Organization for the prohibition of chemical weapons (OPCW) those who participated in the preparation of provocations in Syria. This was stated on Monday Russia’s envoy to the OPCW Alexander Shulgin at the press conference following the meeting of the Executive Council of the organization on the situation in Syria.

“We warned them that next time they come to discuss the Syrian topic, we will bring here to the Hague of those people who participated in the staged shooting “White helmets”. That wittingly or unwittingly, were accomplices to the grandiose provocations, be it in the Syrian Duma, or in Khan Sheyhun,” said Shulgin.