China is discussing with the authorities of the island state Vanuatu in the Pacific ocean the possibility of expanding its military presence in the region. 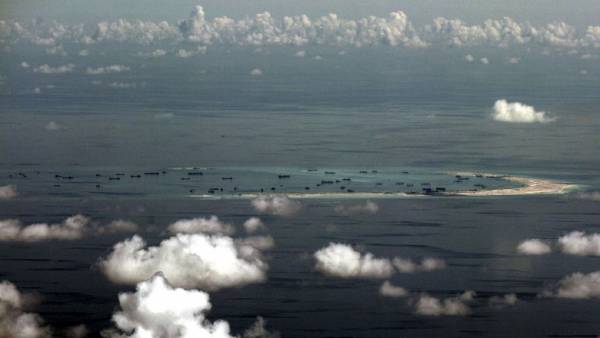 According to the Australian media, as a result, there can be a full-fledged Chinese naval base. If it is open in the region will change the balance of forces is not in favor of the United States, although China denies this.

China has discussed with the authorities of Vanuatu, a small state in Melanesia, the possibility of its permanent military presence in the South Pacific, reports The Sydney Morning Herald.

According to sources in the government of Australia, while between China and Vanuatu has had only preliminary discussions about the growing military potential of China in the island nation. However, senior officers of the Australian intelligence agencies believe that in the end, Beijing can build in the region a full-fledged naval base.

If the parties are able to negotiate, the Chinese base will appear less than 2 thousand km from the coast of Australia, which will allow Beijing to export its military power into the Pacific and to change the strategic balance in the region. This, in turn, can lead to confrontation between China and the United States.

In The Sydney Morning Herald noted that the intelligence services of Australia, New Zealand and the United States anxiously watching to see how Beijing’s growing influence in the governments of the Pacific island countries, giving these countries loans and investing in infrastructure construction.

Meanwhile, the Vanuatu Ministry of foreign Affairs denied that the government was discussing with Beijing the possibility of opening a military base. In, the Chinese defense Ministry, in turn, said that reports The Sydney Morning Herald untrue, and the representative of the Chinese foreign Ministry called the material of the newspaper “the fake news”.

The government of Vanuatu is away from key waterways, and its territory is not as important as the ports of the Indian ocean, writes Reuters. However, providing a military presence in the country, China will be close to the coast of Australia, a major ally of the United States, and also closer to an American military base on the island of GUAM in the Western Pacific ocean.

Vanuatu became the first country to recognize the position of China in the South China sea — except for Vanuatu, no state in the Pacific region still have not sided with Beijing on this issue. It is worth noting that China allocates hundreds of millions of dollars on infrastructure development in Vanuatu.