It’s never too late: how to radically change the scope of activities after 40 years

More and more women leaving their successful careers and start from scratch already at a rather Mature age. 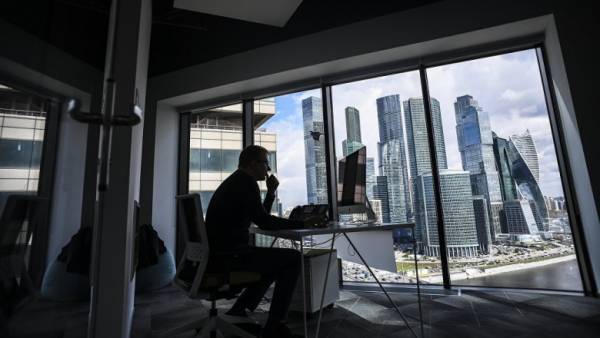 Former police Colonel became a business coach, an engineer turned psychologist, the lawyer opened his gallery — Forbes Woman talks about women who are not afraid to turn his life upside the head and will only become happier.

People are increasingly changing not only a job, but the scope of activities. If people could life to work for the same company, now if someone has been with the company for more than 10 years, it is likely to cause the surprised looks in his direction. A profession will lose its relevance, you have to constantly learn, develop new competencies — otherwise you will be thrown overboard. People usually change the scope of activities for several reasons:

— tired of the routine;.

— have strained relations with colleagues;.

— I want to spend more time with family;.

Scientists say that work on average should be replaced every 5-7 years, or the employee has lost the initiative.

Most often the midlife crisis people face in 35-40 years. The first symptoms are loss of interest in life, painful soul-searching: “What had I achieved? Do I live in? This what I wanted?” All this leaves a mark on the professional life of people. At this moment, many think about changing kind of activity, but the main obstacle is fear to lose money or just fail. And if men desire to rush into battle, on the barricades, is quite natural, that the fair sex are in principle not willing to drastically change.

Women are quite stable in their choices and career development, and the case of change of profession after 40 years, occur quite rarely, says Anna Mikheeva, Director of the practices of recruitment company Hays.

Frequent transitions within the same occupation but in other industries, or a change of profession, but within the company. For example, we had a case where the head of the legal Department changed their profession and moved to HR Department.Anna Makevalidator practices of recruitment company Hays

However, more and more women make a decisive step forward and radically change their lives. The correspondent of Forbes Woman talked to several women about how they managed to escape into another realm, what challenges they faced, why did you decide to change something in your life and career.

Natalia Hatalova worked as a lawyer for 15 years in big companies such as “Mechel”, “RUSAL” and “Mosenergo”. The last post of Director of the tax policy Department, she served for six years. Four years ago she retired from law, he founded the online gallery of contemporary art SMART.

“In big structures, I worked in leadership positions, as they say, sat on objectively good and “warm” place with a lot of privileges and a more than worthy reward. But at some point I reached the ceiling, and I wanted to go wider than tax. I opened the coffee shop, but business seemed too small, tried to organize a law firm, but I really was not interested. The idea to open a gallery was born of itself. A few years ago when my husband and I settled in a country house, I had problems with the choice of painting. In our country very unorganized art market, a buyer with money can not make a purchase — used for different conditions and services.

When I decided to change jobs, I told everyone who could, it is the most difficult time in changing careers.

“But it can be overcome. One friend whom I am immensely grateful, ceased not to repeat “Natasha, you will do it”.

Marina Konovalenko first education in electrical engineering. Later he defended his thesis in psychology, has published 11 books on psychology of management and communication theories, which are now studying in over 200 universities.

When I changed the field, the income has won several times. Don’t be afraid to change what does not suit you, do your, and only your desires and forget the word “should”. There is only a wonderful word “want”Marina Konovalenko

Marina Fomina dramatically changed the life of 47 years. As a Colonel of the police, she resigned from the post of head of the Central apparatus of the MIA of Russia. Marina reshaped into conflict and became a business coach. According to her, the work is that she helps people simplify their lives, making them happier.

“I built a flawless career from an ordinary employee to the head of the Central apparatus of the MIA of Russia. And I was very fond of. But at some point I realized that I had reached the highest point of his career and the upward movement, though it is possible, but pointless. The difference in one or two positions compared to what I achieved, irrelevant from the point of view of the scale of tasks.