Moscow. April 16. INTERFAX.RU — IN the Fes reminded that the next working week in Russia will be six day — Monday, April 23 to Saturday 28 April inclusive, after which the Russians will have four days off in a row on the occasion of the celebration of may day and the first week of may last only two days. 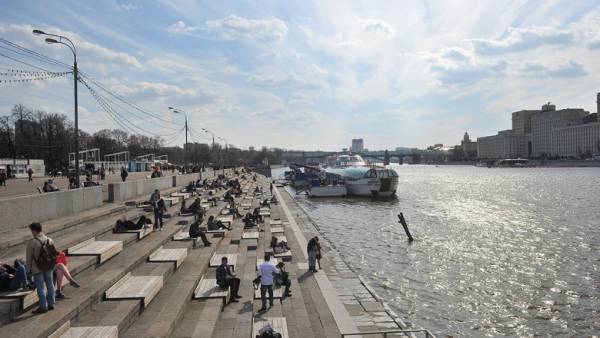 “The following, respectively, the pre-week will be six days. Day off from Saturday, April 28, postponed to Monday, April 30. And Wednesday, may 2 will be a non-working day due to the transfer of the day 7 January, which this year fell on Sunday. Thus, after a long working week, the Russians will rest for four consecutive days, from Sunday, 29 April to Wednesday 2 may inclusive,” — said on Monday “Interfax”.

First week of may last only two days, said the Agency.

In connection with the celebration of may 9 Victory Day, which this year falls on a Wednesday, no rain checks will not be. As noted in the Department, the holiday weekend “share” the work week in two parts on may 7 and 8 (Monday and Tuesday) and on may 10 and 11 (Thursday and Friday). At the same time, Tuesday, may 8, as the pre-holiday working day, according to the Labor code of the Russian Federation, will be shorter by 1 hour.

In connection with the June 12 celebration of Russia Day, which this year falls on Tuesday, the Russians would have 3 days off in a row from Sunday 10 June to Tuesday 12 June inclusive. As noted in the Department, Monday, June 11, will become a non-working day due to the transport of the day Saturday, June 9.