Died actor, who played the Sergeant in “full Metal shell” 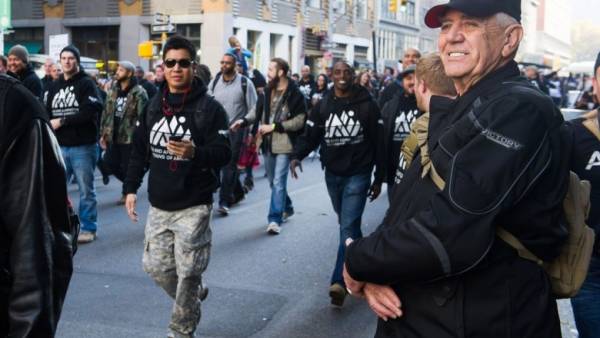 NEW YORK, April 16. /TASS/. American actor R. Lee ermey, widely known by the public for her role in the movie “full Metal jacket” (Full Metal Jacket, 1987) Stanley Kubrick died Sunday at the age of 74 years. As the Manager of the contractor’s bill Rogin, the cause of death was complications of pneumonia.

“It is with deep sadness that I must inform you all that R. Lee ermey (“Gunny”) died this morning from complications from pneumonia. We will all miss him dearly,” wrote the Manager in his “Twitter”.

A native of Kansas joined the ranks of the marine Corps of the United States in the age of 17 and served an instructor for more than one year in Vietnam. After retirement in 1972 he worked as a consultant on the movie “Apocalypse now” (Apocalypse Now, 1979) directed by Francis Ford Coppola. It Ermi played a cameo role of a pilot of American helicopter.

In 2016 in an interview with Fox News channel, the actor said that for their political beliefs was included in the “black list” of Hollywood. “I had a very fruitful career. I appeared in over 70 films and over 200 episodes of the TV series… And then Hollywood found out that I hold conservative views,” said Ermi.

“In fact, I have an independent position, but I say bad things about the President. I said something unseemly about the presidential administration and, although I voted for him the first time, I was hanging on by a thread,” said the actor, referring to the 44th President Barack Obama.