“To the Registrar or the cemetery?” Why Red hill is celebrated incorrectly 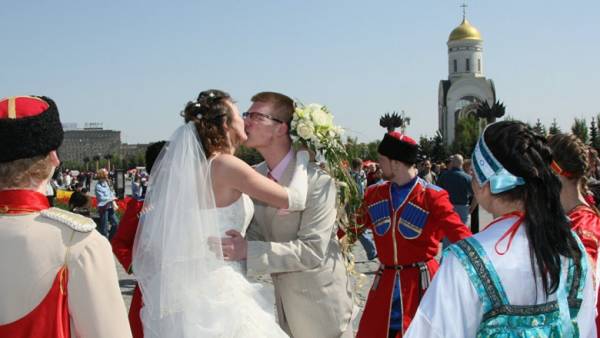 People call it the red hill. It involves a lot of ceremonies, which is easy to get confused. That may do in this day Orthodox and what’s not — in the material RIA Novosti.

Not to look for miracles

In the Church this day is called Antipascha. The liturgical books provide clarification of such an unusual name: the Sunday, like Easter. The Church also recalls the appearance of the resurrected Christ to the Apostle Thomas. Hence another name of the holiday — Fomin week (“week” in the Church Slavonic language means “Sunday”).

Surprisingly, the Scripture paints of the disciples of Christ quite naturalistic, with no halo of unconditional righteousness. After all, the first one who doubted that Christ had risen, was just the apostles. Mary Magdalene told them that the Master appeared to her and told her to tell them about His rising from the dead. But they didn’t believe. And the evening of the same day Christ himself appeared to the apostles, as the Evangelist Matthew relates, “reproached them for their unbelief and hardness of heart that saw Him risen not believe.”

Thomas, as evidenced by the Evangelist John, for some reason, was absent that day, and when goggles the apostles told him about the miracle, he didn’t believe them, as they did not believe Mary Magdalene. Moreover, he demanded from them literally tangible evidence.

On the eighth day the apostles gathered together again is Christ. And he said to Thomas, “put your finger here and behold My hands; hither thy hand, and thrust it into My side; and be not faithless, but believing. Thomas said unto Him, my Lord and my God!”.

It is no coincidence that the Church highlights this event.

The Lord said to Thomas: “have You believed because you have seen, blessed not seen and yet have believed”.

That is not to seek external miracles that confirm their faith, one of the principles of the Christian faith, of trust in the Church, Apostolic tradition on their own religious experience builds my faith, not seeking external, miraculous evidence of it.

“This principle in historic Christianity has always considered very important. This is one of the principles that distinguish true Christianity from various sectarian movements” — explains the Professor of the Moscow theological Academy Archpriest Maxim Kozlov.