Skrobala poisoned not “a Rookie”, said the developer

The OPCW report on the incident in Salisbury suggests that the poisoning of Sergey and Yulia Skrobala not been used combat toxic substance “Beginner”, said in an interview with RIA Novosti, one of the developers of chemical weapons a “Beginner”, to which the British equate substance A234, Leonid rink. 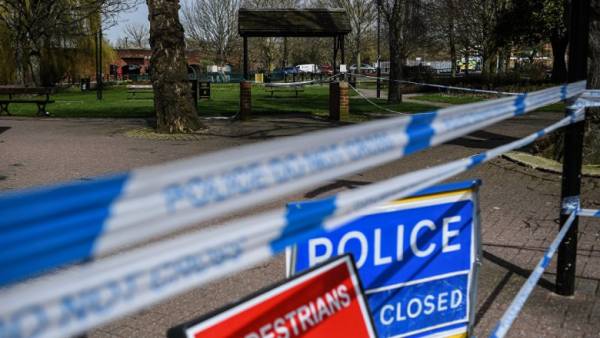 MOSCOW, April 15 — RIA Novosti. Previously, experts of the OPCW, presented his report. They determined that when the attempt on Skrobala used toxic chemical in high purity. This conclusion was made on the basis that in substance almost completely absent impurities.

“The OPCW data that were used for the toxic chemical of high purity, prove that it was not a “Newcomer””.

If the gel-like substance, which the British found on the door handle of the house Skrobala was pure substance “Beginner”, Skrypali not be moved away from the door and 50 meters. They would have died immediately.Leonid Rink

“Moreover, the “Rookie” is a complex nerve substance consisting of a mixture of a large number of different components and additives, which have different decay. If you found some pure substance, it is not a “Beginner”,” — said the expert.

According to him, if for poisoning Skrobala used “Novice”, the OPCW experts would find different components that eventually decay into non-toxic components. But then they wouldn’t be able to talk about the assassination with the use of toxic substances.

In this part of the statement of the OPCW, I am sure the rink, contradicts the words of another developer “Newbie” Vila Mirzoyanova, living in the US, that high humidity Britain could reduce the lethality of the substance.