Scientists have discovered how dangerous the fascination with smartphones

MOSCOW, 14 APR — RIA Novosti. Researchers from the University of San Francisco found that dependence on electronic devices, which every year becomes more and more common, makes people unhappy. The work was published in the journal Sciencedaily. 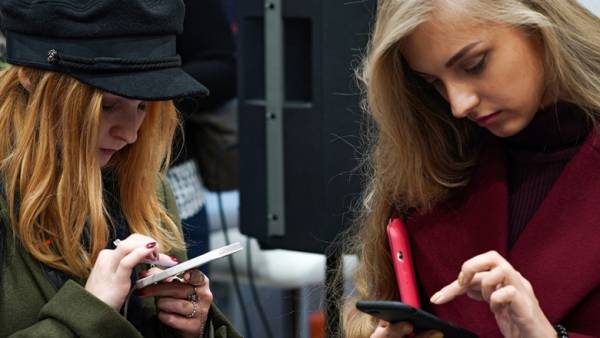 Scientists came to the conclusion that dependent on the smartphones of people in the brain gradually formed neurological connections causing addictive. For example, it occurs with people who use too many painkillers.

The researchers also found that the dependence on gadgets has a negative impact on social connections. After a survey of 135 students found that those who often use a smartphone most often feel alone. Scientists believe that conducting most of the time in social networks is not enough non-verbal communication: gestures, facial expressions and intonations of the interviewee.

The authors suggest less likely to use smartphones and computers. For example, they advise readers to offer friends the following “game”: at a meeting in a cafe or restaurant to put the cell phones in the center of the table. The first person who wants to use the smartphone must pay for all other drinks.