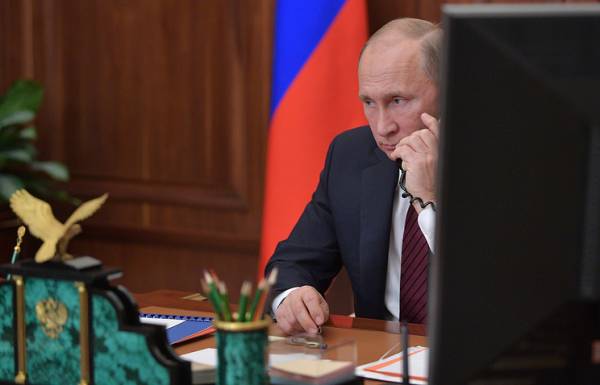 MOSCOW, April 15. /TASS/. The presidents of Russia and Iran Vladimir Putin and Hassan Rouhani in a telephone conversation exchanged views on the situation after the missile strike, the US and its allies on Syria. This was announced Sunday in a press-service of the Kremlin.