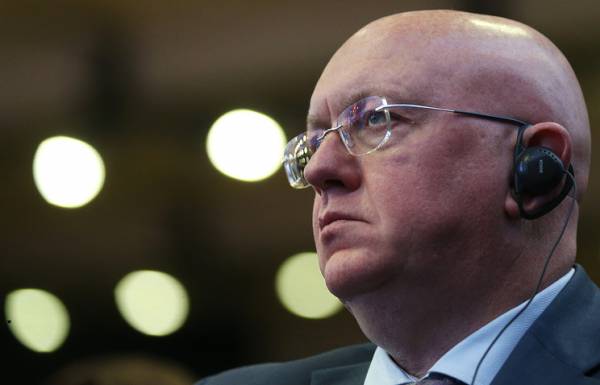 MOSCOW, April 15. /TASS/. The attempts of some States to turn Russia into a pariah state doomed to failure, stated permanent representative of Russia to the UN, Vasily Nebenzia the TV channel “Russia 1”.

“If you want to turn our country into a pariah, these attempts are doomed to failure. They are a restricted group of States, which pursues its own interests in this vaudeville, which they now play. The world is bigger than those two-three-four-five-six countries that are directly interested. Directly interested in this is actually much less countries,” he said.

Nebesa said that the countries accusing Russia of chemical warfare agents in the UK, trying to weaken Moscow’s role not only in the Syrian chemical resolution, but also in General in the international arena.