Kirill Serebrennikov received the “Golden mask” for the performance “Chatskogo”

Moscow. April 15. INTERFAX.RU — Kirill Serebrennikov received a Golden Mask as best Opera Director for a production of “Chatsky” in “Helikon-Opera”. 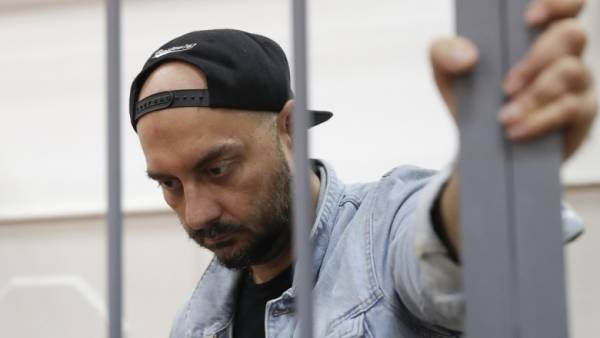 The award ceremony takes place on the New stage of the Bolshoi theatre on Sunday.

The award for the Director who is under house arrest, received the producer of the performance Pavel Kaplevich.

The best performance in the category “the Operetta/a musical” became “Sweeney Todd. The maniac Barber of fleet Street,” Alexei Frandetti of the Taganka Theater. The same statement noted the Director and the leading male role (Peter Markin).

Teodor Currentzis was the best in the nomination “the Best conductor in ballet” (staged “Cinderella” of the Perm Opera and ballet theatre named after Tchaikovsky).