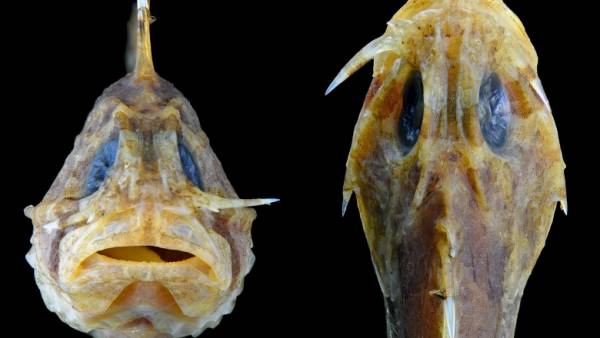 Scientists recently discovered a rare species of fish with sharp spines on the head of the coastal waters of the Indian and Pacific oceans. The publication LiveScience quotes the words of scholar William Leo Smith: “I don’t know why she wasn’t found sooner. Probably because only a couple of scientists studying this family of fish.”

South Australian cobbler (Gymnapistes marmoratus) is characterized by the presence of an unusual mechanism that throws spikes, located directly under the eyes. Usually “blade” is stationary, but in a moment of danger, they are thrown out.

This protective mechanism have both males and females, the length of the blade varies and reaches 2-3 cm additionally, the shoemaker has another opportunity to protect themselves — they produce one of the most dangerous poisons on the planet that can easily kill a grown man.